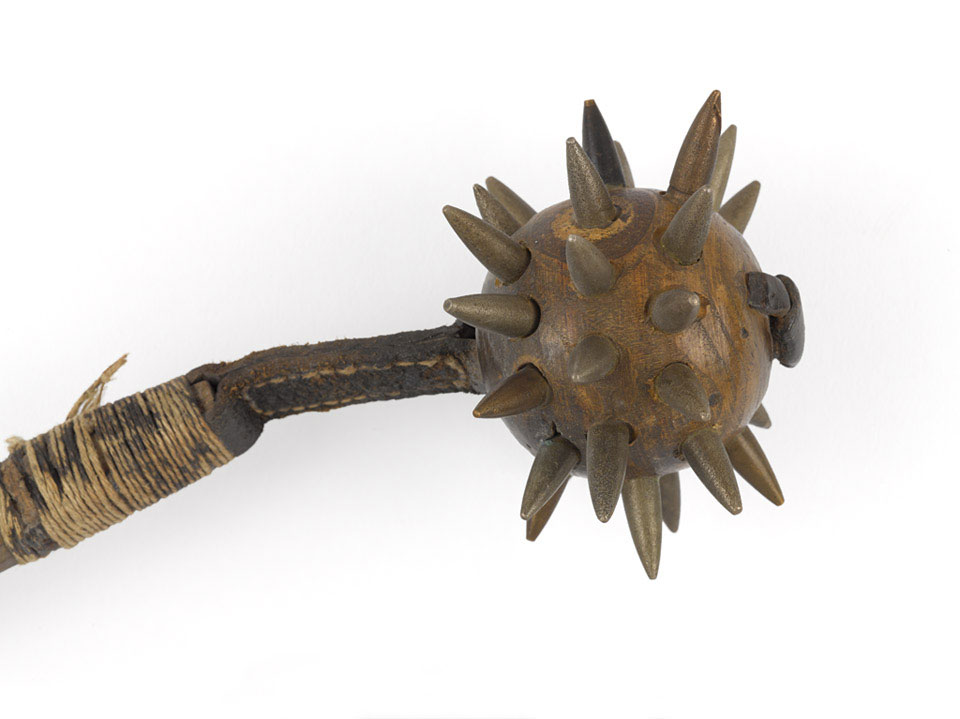 Trench clubs were home made weapons used by First World War (1914-1918) soldiers during trench raids. The could be used to quietly kill or knock unconscious enemy troops in the confined spaces of a trench. Most were made of wood and fitted with a metal object at the striking end. They were used alongside other 'silent' weapons such as knives, bayonets and axes.