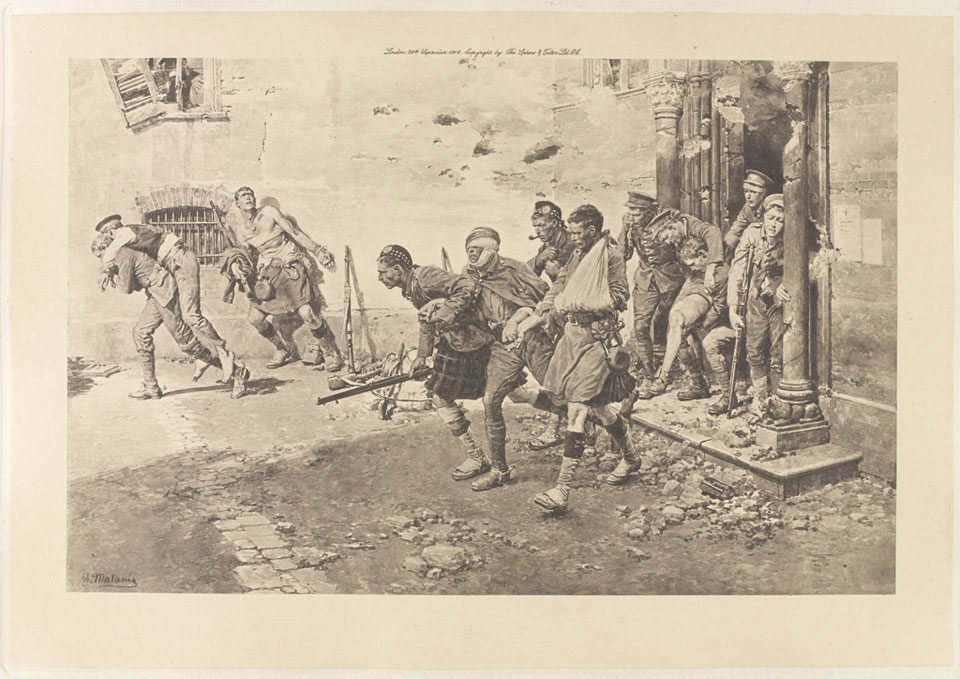 'The Famous Four Days Retreat from Mons: How the wounded helped the wounded', 1914

Photogravure after Fortunino Matania. Published by The Sphere and Tatler Limited, 1916. From the series 'With the British Army on the Western Front'.

On 23 August 1914 the British Expeditionary Force (BEF) engaged the advancing Germans at Mons in Belgium. The latter were stopped by accurate British rifle fire and suffered heavy casualties. Despite this success, the BEF's right flank was exposed by the withdrawal of the French Fifth Army and it was forced to fall back as well. On 25 August the French Commander, General Joseph Joffre, ordered a withdrawal to the River Marne. During the next 10 days the BEF carried out a 200 miles (320 km) fighting retreat in hot weather.