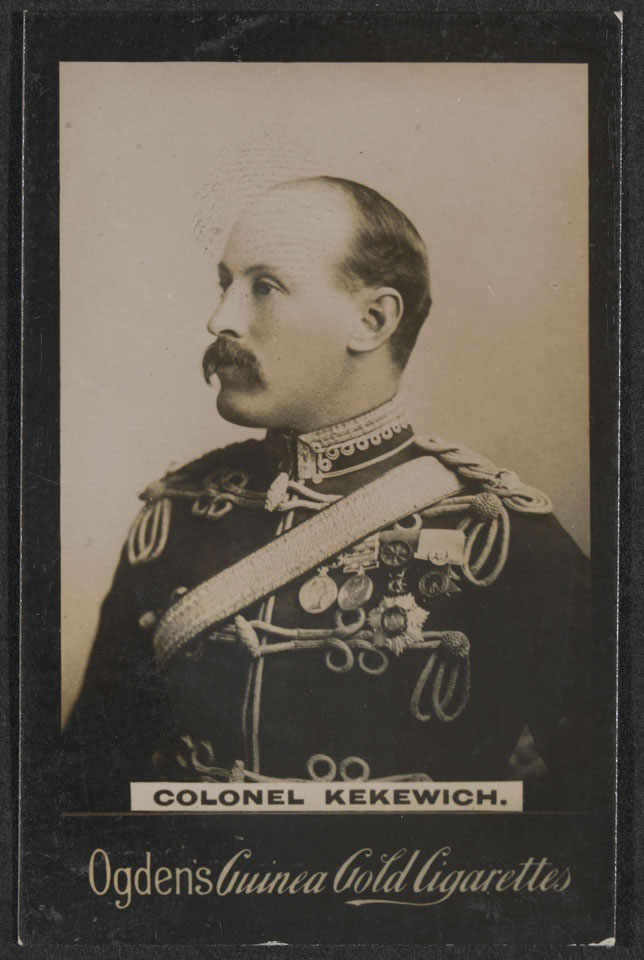 One of ten cigarette cards from a series published by Ogdens (Guinea Gold Cigarettes), 1902 (c).

Colonel Robert Kekewich (1854-1914) of 1st Battalion The Loyal Regiment (North Lancashire) commanded the Kimberely garrison during the siege (1899-1900) there. He frequently argued with Cecil Rhodes whose interference in military affairs greatly annoyed him. For his services in the Boer War (1899-1902) he was made a Companion of the Order of the Bath. In August 1902 Kekewich was promoted to major-general after winning the Battle of Rooiwal in April of that year. On the outbreak of war in 1914 he was appointed to the 13th (Western) Division, which he commanded until his suicide on 5 November 1914.