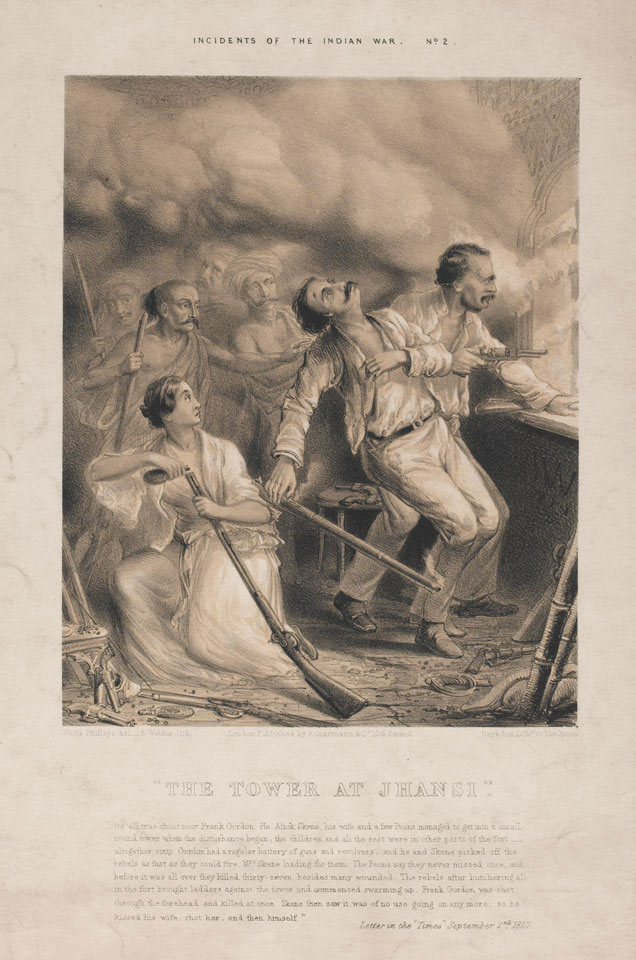 Captain Alexander Skene and Mrs Margaret Skene sheltering in the tower at Jhansi, 1857

Lithograph by E Walker after Watts Phillips, in the series 'Incidents in the Indian War'. Published by Ackermann and Company, 106 Strand, London, published 1857 (c).

Mrs Skene and her husband, Captain Alexander Skene of the 68th Bengal Native Infantry, were killed at Jhansi Fort on 8 June 1857 during the Indian Mutiny (1857-1859). Captain Skene was British superintendent at Jhansi. At the first sign of unrest, he had ordered all Christians in Jhansi to take refuge in the fort. They remained under siege there until 8 June when the rebels offered to spare their lives if they surrendered the fort. Skene agreed, believing that the Rani of Jhansi had guaranteed their safety, but the 56 Christians were all hacked to death with swords. The Rani's personal responsibility for the massacre is still hotly debated.