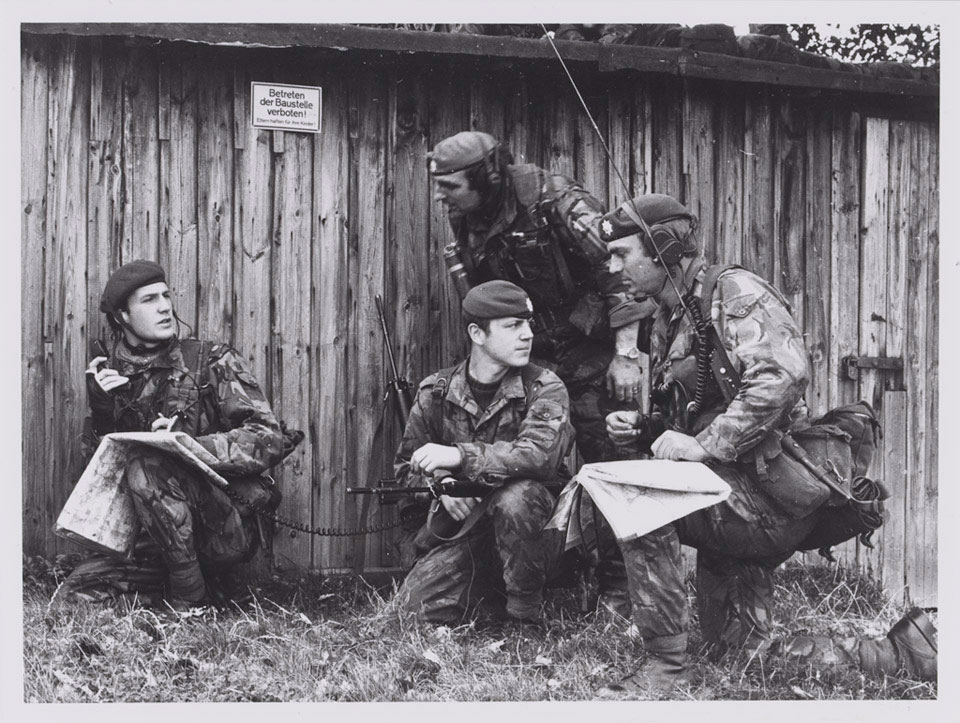 Members of the Coldstream Guards during an infantry exercise in Germany, 1977 (c)

1st Battalion The Coldstream Guards deployed to West Germany in November 1977, moving into Wessex Barracks, Fallingbostel, as part of 1st Armoured Division. They remained in Germany until October 1978 when they moved to Northern Ireland.

From a group of one hundred and forty five photographs of the British Army, 1971-1981; associated with recruit training, exercises in Britain, Europe, North America, South East Asia and Caribbean.