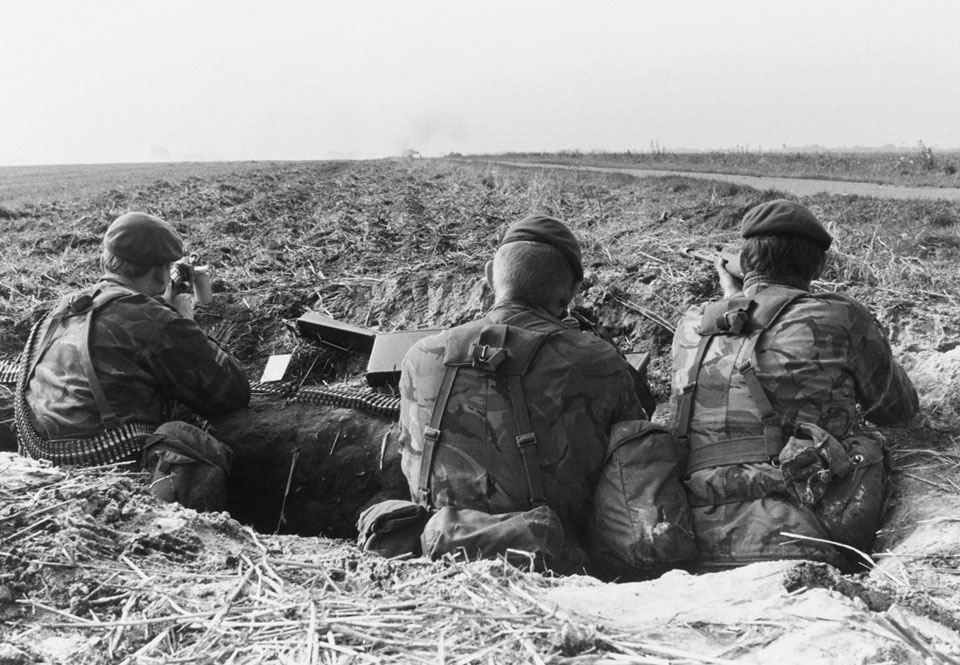 British soldiers dug-in by the side of a road in West Germany, 1979