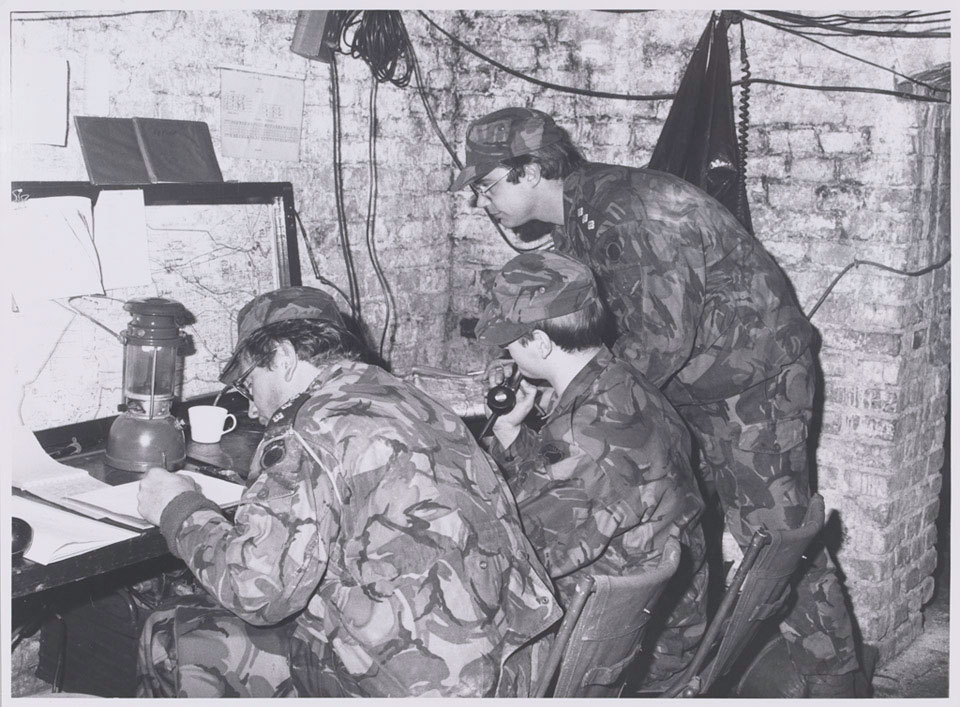 This photograph was taken during Exercise City Express, a large NATO exercise that included troops from the British Army of the Rhine.

From a collection of 145 photographs of the British Army, 1971-1981; associated with recruit training, exercises in Britain, Europe, North America, South East Asia and Caribbean.