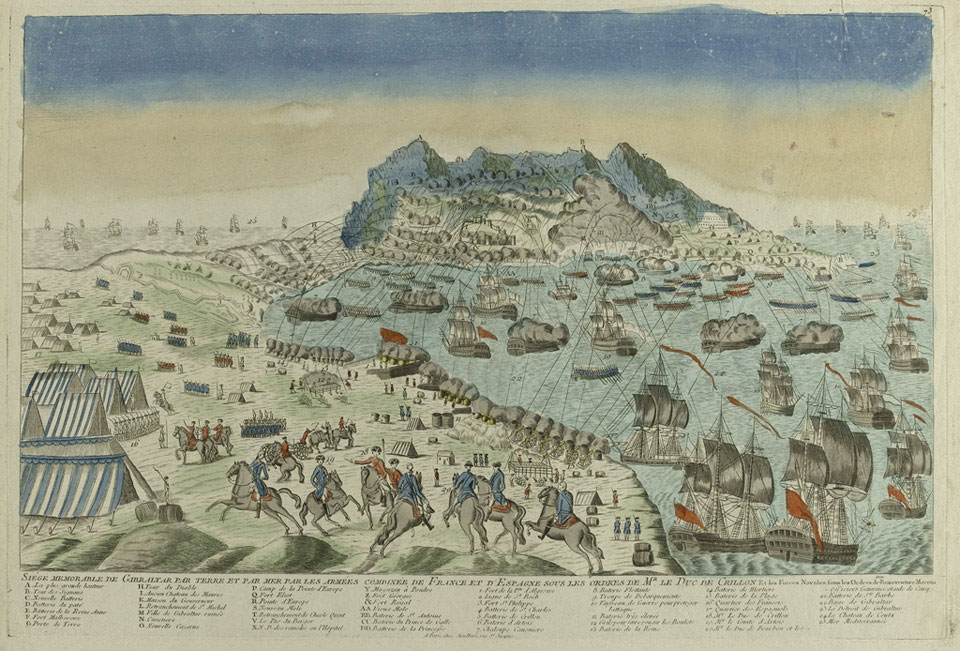 When Spain entered the American War of Independence (1775-1783) in 1779, it set about besieging the British garrison of Gibraltar, commanded by General Augustus Eliott (later 1st Baron Heathfield). The siege reached a crisis point in September 1782, when the weakened garrison was bombarded both from the landward side and also close-to from the sea. The Spanish fleet included a number of specially-designed floating batteries, ships built with double-hulls for protection, carrying heavy artillery. Risking death from exploding cannon, in a daring and dangerous move British gunners fired back with red-hot shot. This set the batteries on fire, causing two to explode. The Spanish fleet retreated and the garrison was able to keep up its resistance until the close of hostilities in 1783.