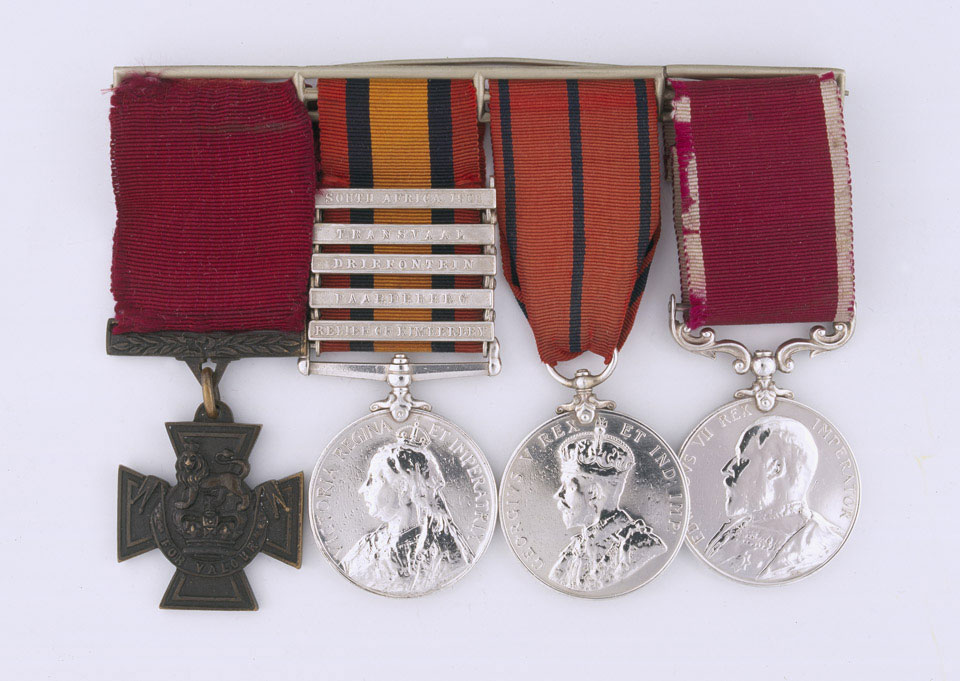 On 31 March 1900 British troops were ambushed on their march to Bloemfontein by Boer commandos. Under heavy fire, 'Q' Battery Royal Horse Artillery managed to rescue all but one of their guns. Every man in the battery showed considerable bravery and under Rule 13 of the Victoria Cross Warrant, four officers and men were nominated by their fellows for the award. Isaac Lodge, then a gunner, was elected, together with his commanding officer, Major Edmund Phipps-Hornby, Sergeant Charles Parker and Driver Horace Glasock. Lodge was decorated by Lord Roberts in Pretoria that October.

Isaac Lodge was born at Great Canfield in Essex on 6 May 1866. He enlisted in the Royal Garrison Artillery in 1888 and transferred to the Royal Horse Artillery in February 1889. He was promoted to the rank of Corporal in 1903 and after six more years with the colours he was discharged. He later worked as a Keeper in the Royal Parks and died in a London hospital in June 1923. Lodge also received the Queen's South Africa Medal 1899-1902, the King George V Coronation Medal 1911 and the Long Service and Good Conduct Medal, 1907.

From a medal group including the Queen's South Africa Medal 1899-1902, Coronation Medal 1911 and a Long Service and Good Conduct Medal.