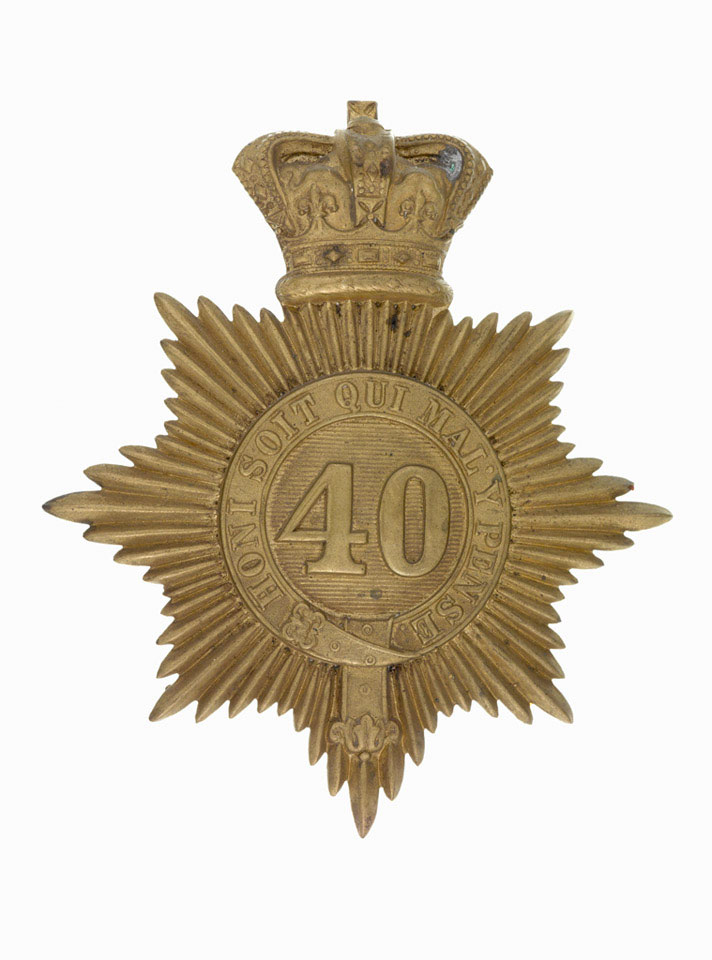 Gilt metal badge in the form of an eight-pointed, rayed star, surmounted by a crown, with the regimental number in the centre, encircled by a garter bearing the motto, 'Honi Soit Qui Mal Y Pense' (Shame on him who thinks evil of it).

This infantry unit was formed in 1717. It continued in service until the 1881 British Army reforms, when it became part of The Prince of Wales's Volunteers (South Lancashire Regiment).