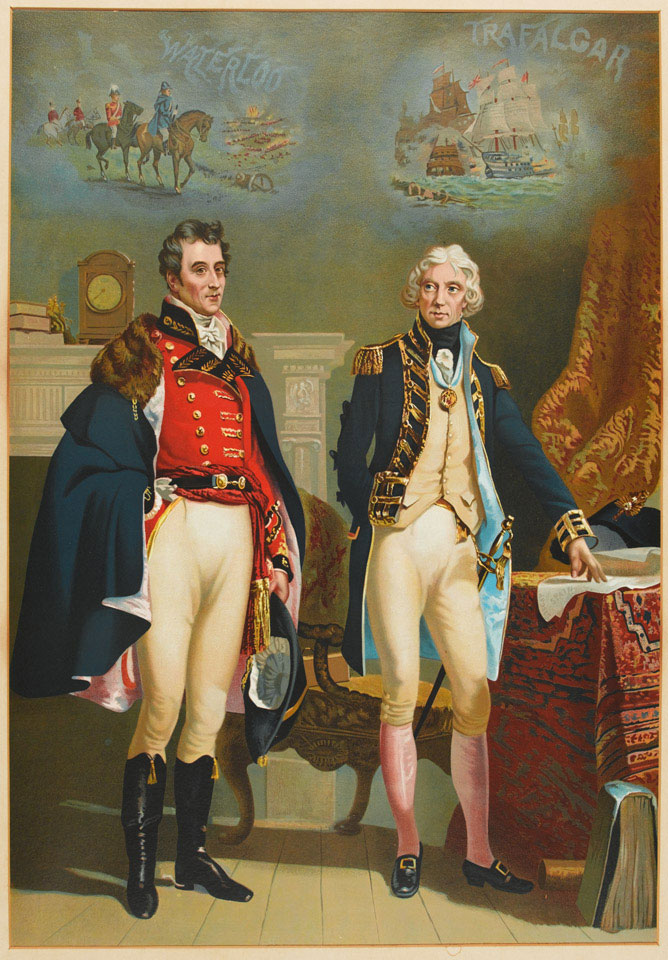 'The Army and Navy representing the only interview between the Great Commanders, Wellington and Nelson!'

Vice-Admiral Lord Horatio Nelson and Major-General Sir Arthur Wellesley (later Field Marshal The Duke of Wellington) met on 12 September 1805 in the waiting room of the Colonial Office on Downing Street. Both men were waiting to be interviewed by Lord Castlereagh, the Secretary of State for War and the Colonies.

Wellesley was an up and coming commander who had just returned from India where he had served with great distinction. Nelson was already a national hero whose greatest triumph (and death) was to come just over a month later at Trafalgar. In this interpretation of their one and only meeting the artist has depicted the Battles of Waterloo (1815) and Trafalgar (1805) on the wall behind both men. These were the two greatest British victories on land and sea of the French Revolutionary and Napoleonic Wars.