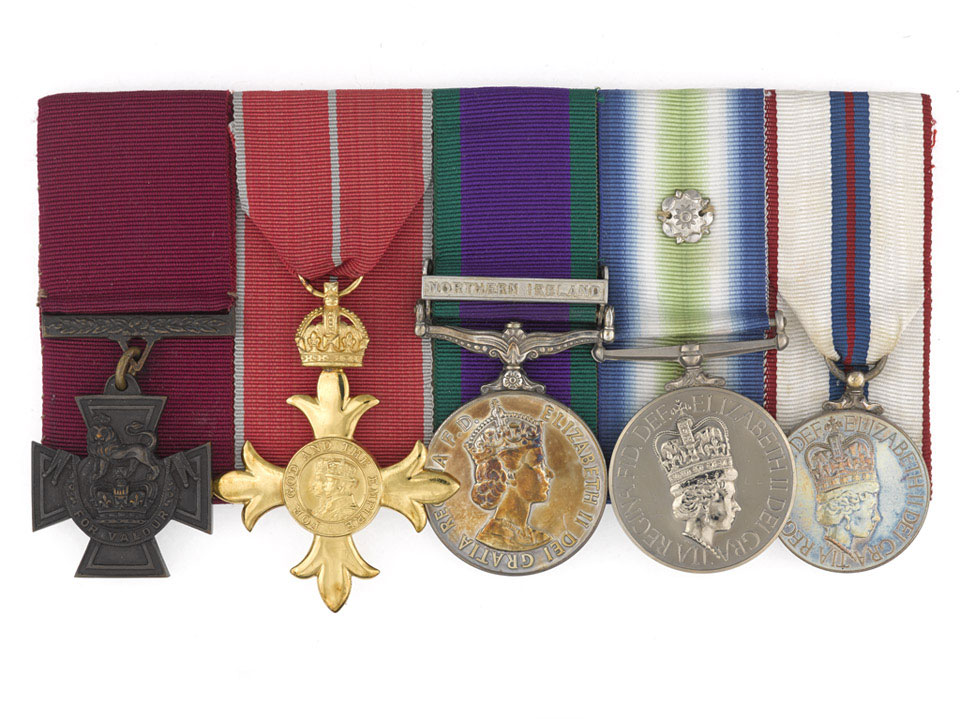 Cupronickel circular campaign medal with the crowned effigy of Queen Elizabeth II and the inscription, 'Elizabeth II Dei Gratia Regina Fid Def', on the obverse. On the reverse is the Falkland Islands' coat of arms, with the inscription, 'Desire the Right', and a border of a laurel wreath and the words, 'South Atlantic Medal'.

During an attack around the settlements of Darwin and Goose Green on East Falkland, Lieutenant-Colonel Jones, in order to reduce casualties, seized a submachine-gun and with total disregard for his own safety, charged the nearest enemy position. As he charged towards the enemy position he was seen to fall, however he picked himself up and charged the enemy trench firing his weapon. He was hit by fire only a few feet from the enemy he had assaulted.