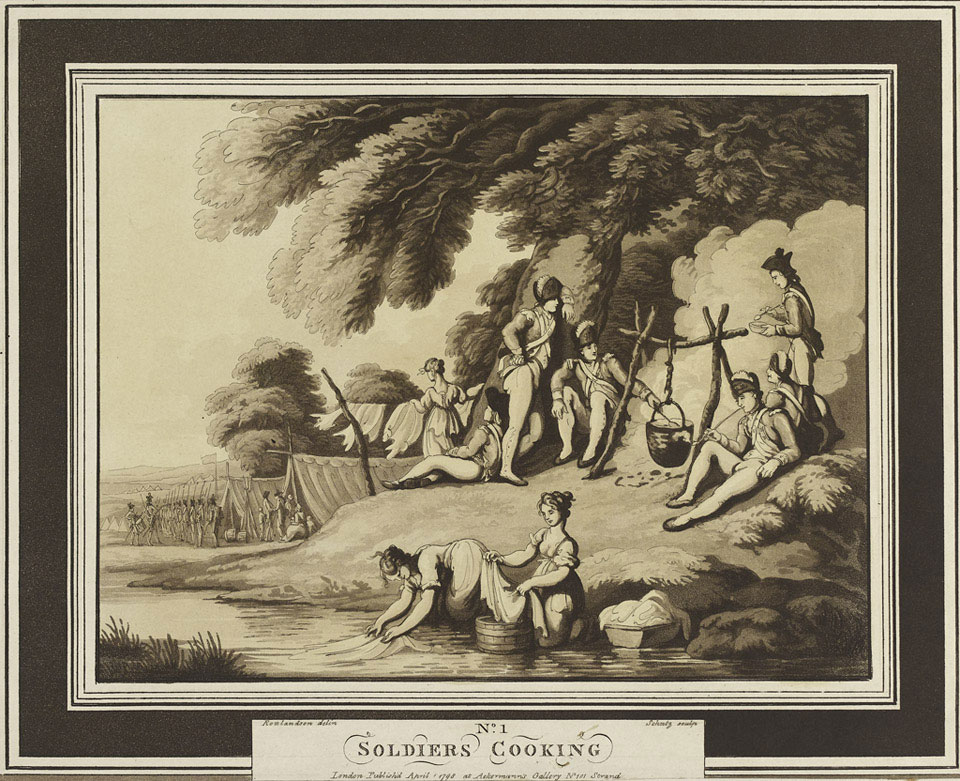 Soldiers from an unknown unit attend to their cooking pot on a break from their duties during the Wars of the French Revolution (1793-1802). They are accompanied by their womenfolk. Although only a few men from each unit were officially allowed to marry and have their wives and families accompany them, women would have been found in almost every British military camp. Some worked as cooks, laundry women and sutlers (camp followers who sold provisions), while others were prostitutes.