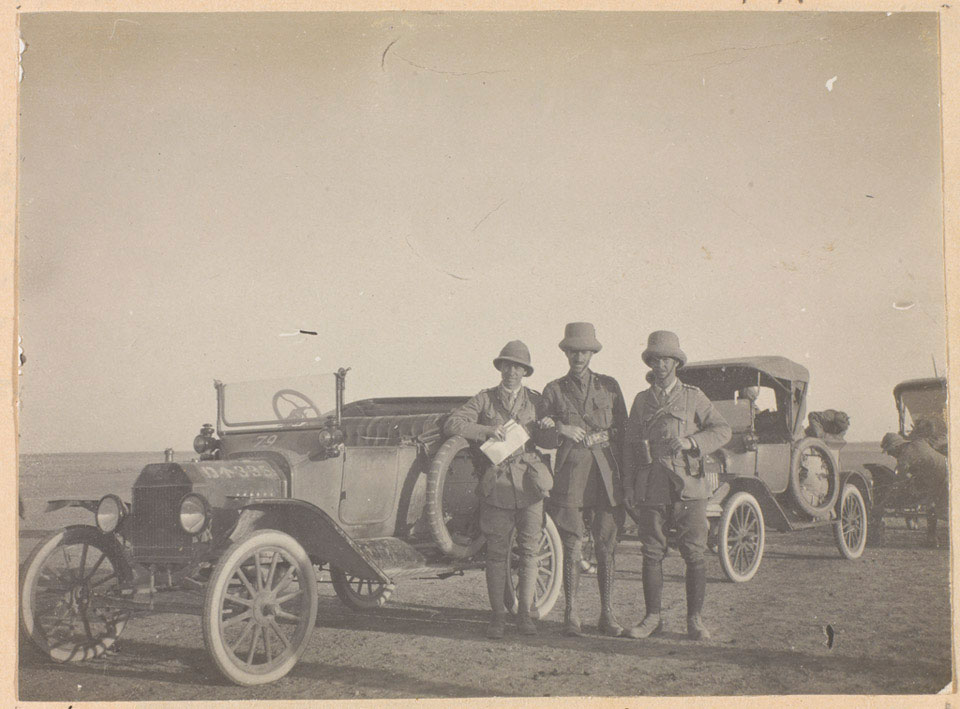 In 1916 he was attached to the intelligence staff of the Indian Expeditionary Force's headquarters in Mesopotamia. Throughout 1916 and 1917 he travelled by motor vehicle and aircraft to reconnoitre, photograph, survey and report on the British area of operations. One of his missions was the Jezireh Reconnaissance.

He later noted: 'I was ordered to carry out this reconnaissance (which lasted six days) to find out whether, by making use of some of the ancient canals (now all dry) it would be possible to divert Euphrates water into the Tigris near Ctesiphon. The Tigris was then very low and the main object of the scheme was to raise its level to admit of all our river steamers getting up-river without grounding'.