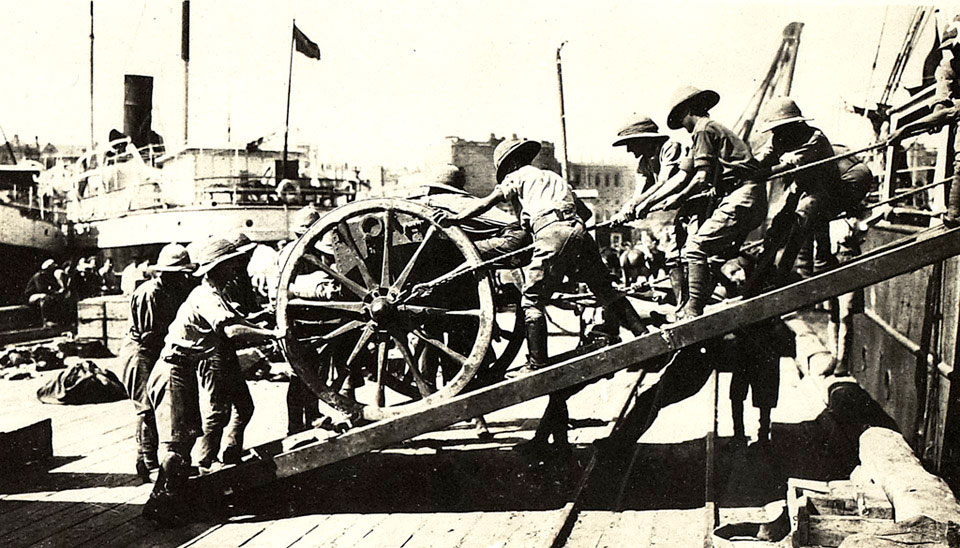 Arrival of the first British guns at Baku, August 1918