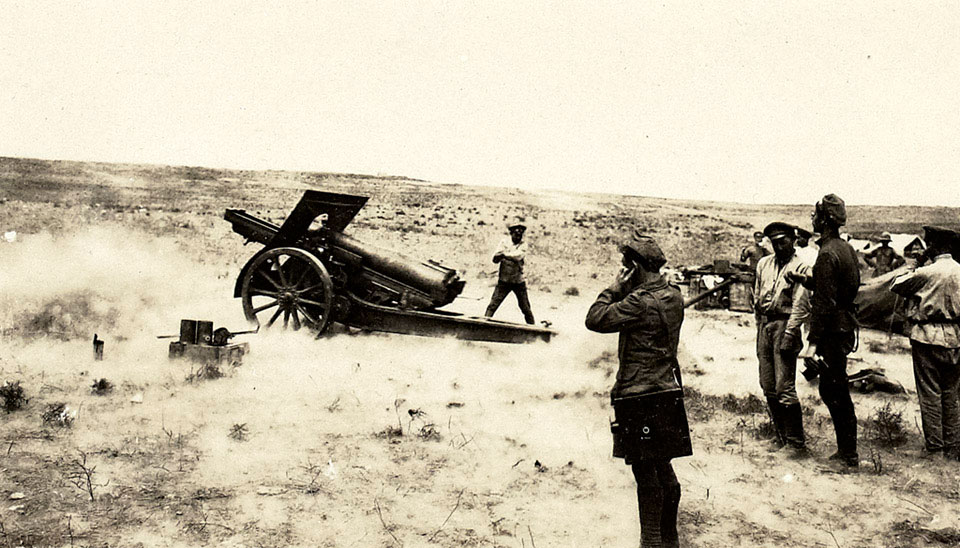 An Armenian howitzer fires at enemy positions near Baku, September 1918

It arrived in July 1918 and set about training and arming the locals to resist the Turks. But on 1 September 1918 large Turkish regular forces and Muslim tribesmen launched co-ordinated offensives and Baku fell two weeks later. Dunsterforce was evacuated by sea.The resources available to Dunsterforce, both in terms of men and equipment, were insufficient to accomplish the mission's main goals of holding oil-rich Baku. The British also struggled to mobilise the residents of Baku who were too preoccupied with infighting to mount a united defence.