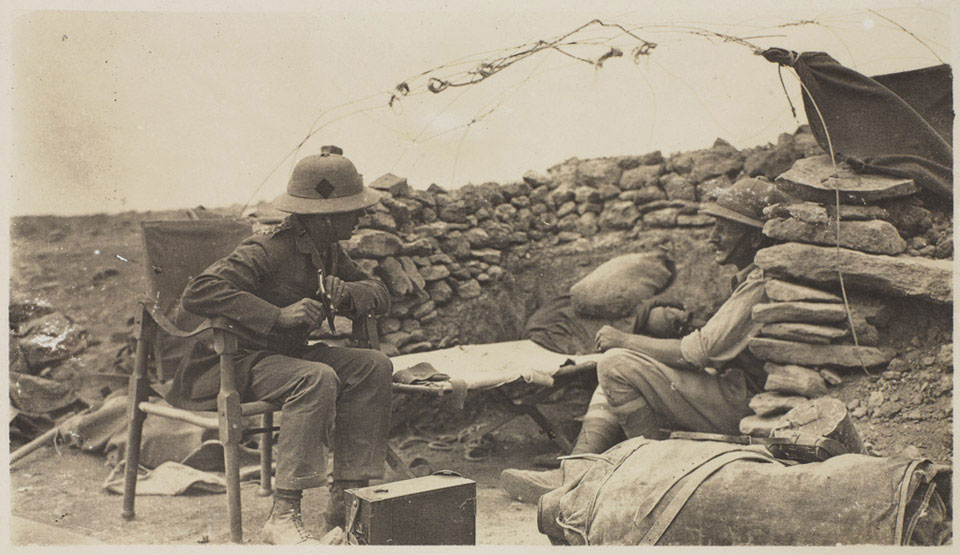 Two British Army officers sit in their roughly protected quarters in a position nicknamed 'Mud Volcano' while on duty with Dunsterforce. The officer on the right is Colonel J W. Ley. He was killed in September 1918 during the Turkish attack at Baku. Ley was unsuccessfully recommended for the Victoria Cross.