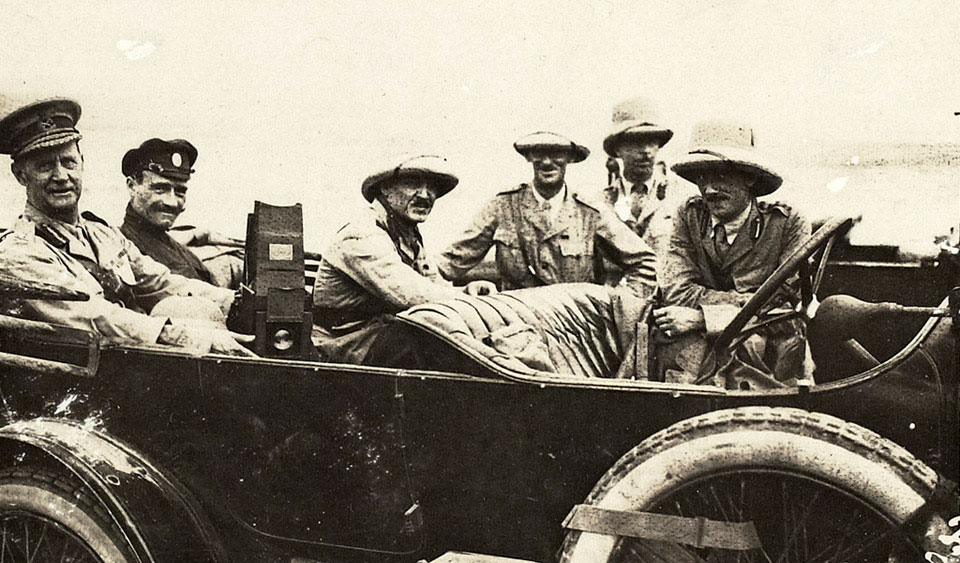 Dunsterville (first left) commanded the 1,000-strong British Military Mission to the Caucasus, better known as Dunsterforce. It was tasked with bolstering the Allied position there after the Russian armies collapsed following the October Revolution (1917). Their main goal was safeguarding Baku oil installations.

His force arrived in that city in July 1918 and spent the next six weeks trying to organise the 7,000 Armenian, Assyrian and Russian volunteers (including some Bolsheviks) defending the port.

On 1 September 1918 large Turkish regular forces and Muslim tribesmen launched co-ordinated offensives against Baku, which fell on 14 September and Dunsterville evacuated his force.

The resources available to Dunsterville, both in terms of men and equipment, were insufficient to accomplish the mission's goals. The British also struggled to mobilise the residents of Baku who were too preoccupied with infighting to mount a united defence.