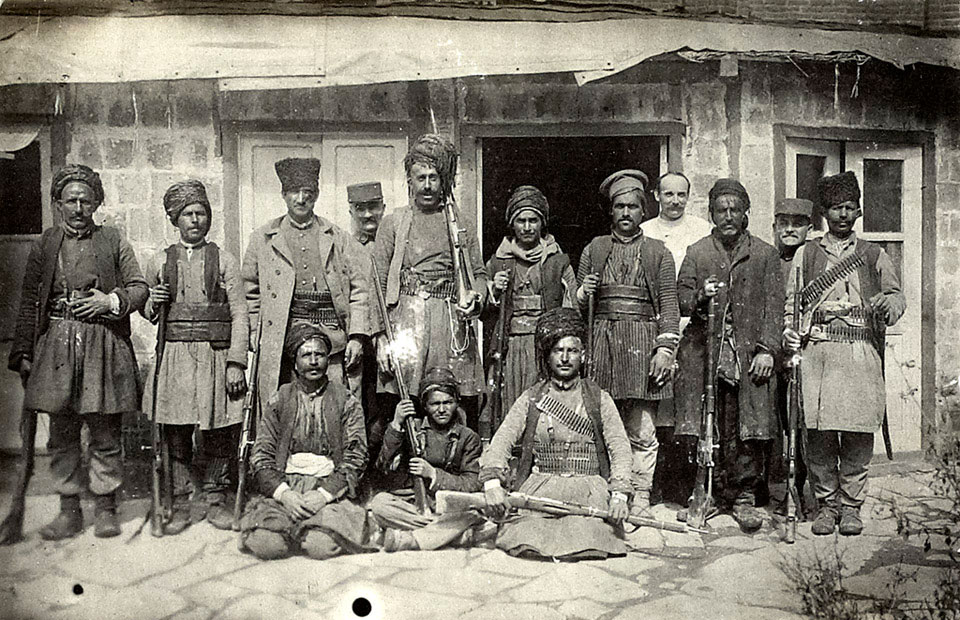 'Kurds who fought on the side of the Assyrians at Urumia', 1918

Dunsterforce officers trained local levies in order to oppose the Ottoman army and various Turkish backed-tribesmen. The British found it difficult to work out who among the myriad tribes and faiths in the region were allies or enemies. Leith-Ross noted that the Kurdish group shown here, called the 'Shekoik…fought with the Christians against the Shiah Moslems, but later they proved traitors and were shot. They look like the treacherous people they actually were'.