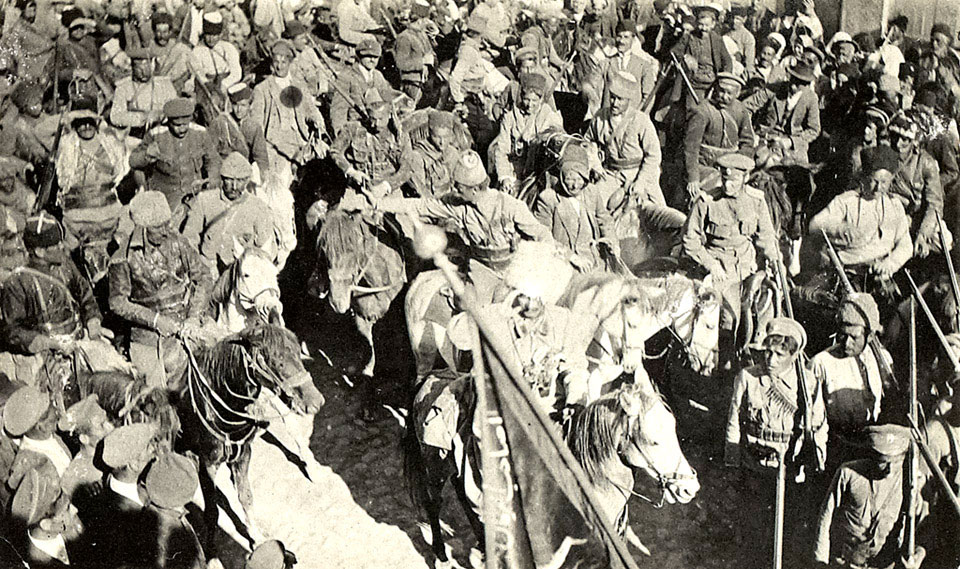 Assyrian troops led by Agha Petros (saluting) with a captured Turkish banner in the foreground, 1918

Troop and supplies were gathered at Hamadan and Enzeli in north Persia before crossing the Caspian Sea to Baku. During their stay in north Persia Dunsterforce sent a small force with money and arms to assist the Jelus, a group of Assyrians resisting the Turks around Lake Urmia. The Jelus were led by Agha Petros, a school teacher who became a general.

But when the British group arrived they found the town of Urmia captured by the Ottoman army. About 80,000 people fled and the Dunsterforce party helped hold off the Turkish pursuit and attempts by Muslim Kurdish tribesmen to attack the refugees. Eventually they reached safety near Hamadan, where a brigade-sized force was later raised from the survivors, trained and commanded by a small Dunsterforce detachment. The remaining Assyrian refugees were sent on to refugee camps near Baghdad.