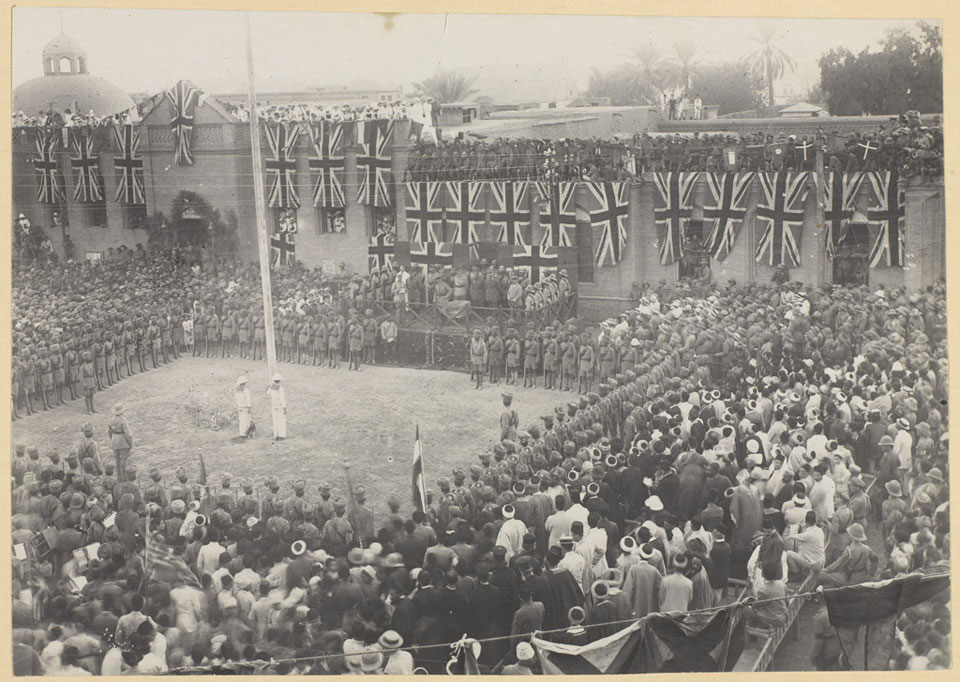 'The Proclamation held on 2nd. Nov. 1918 at Baghdad, on account of the Turkish Armistice'

General Sir William Marshall reads the Armistice address from a raised platform overlooking the serai in Baghdad. The proclamation was also read out in Arabic by an official interpreter. The Ottoman Empire had signed the Armistice on 30 October 1918 at Mudros.