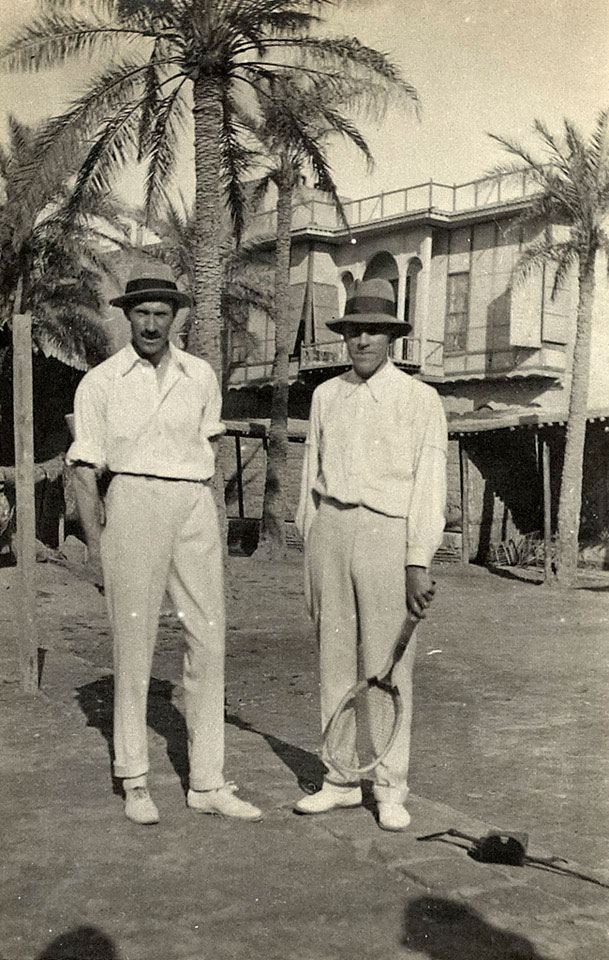 Major William Leith-Ross with Norman Brookes at the final of the Mesopotamian Championship, 1918

In 1916 Leith-Ross was attached to the intelligence staff of the Indian Expeditionary Force's headquarters in Mesopotamia. Throughout the next two years he travelled by motor vehicle and aircraft to reconnoitre, photograph, survey and report on the British area of operations.

However, during his service he found time to play tennis and reached the 1918 final of the Mesopotamian open tennis championships where he lost to Norman Brookes, the 1907 and 1914 Wimbledon champion.