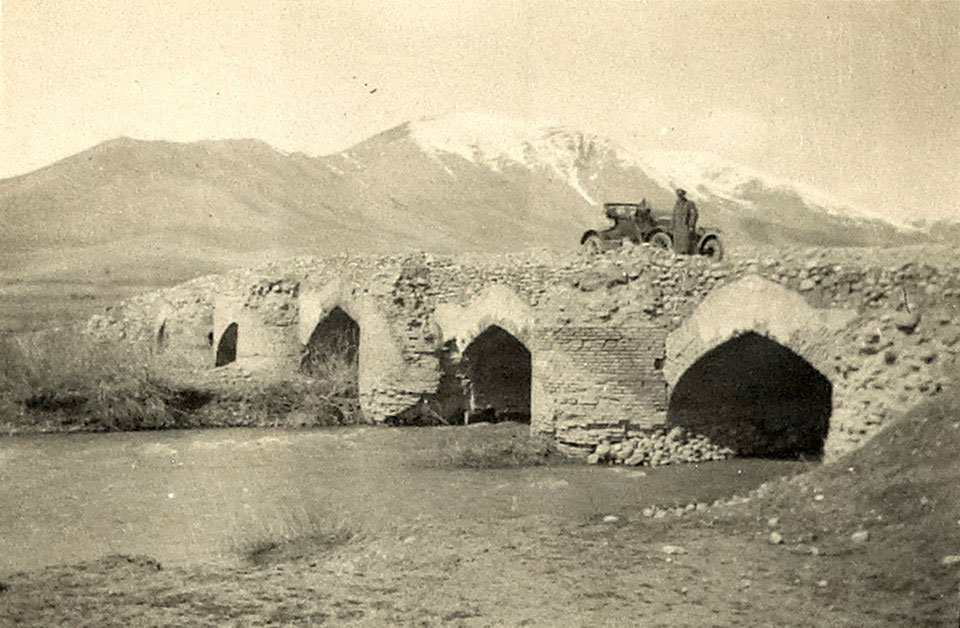 A Dunsterforce armoured car on a bridge on the Kermanshah-Hamadan Road, 1918