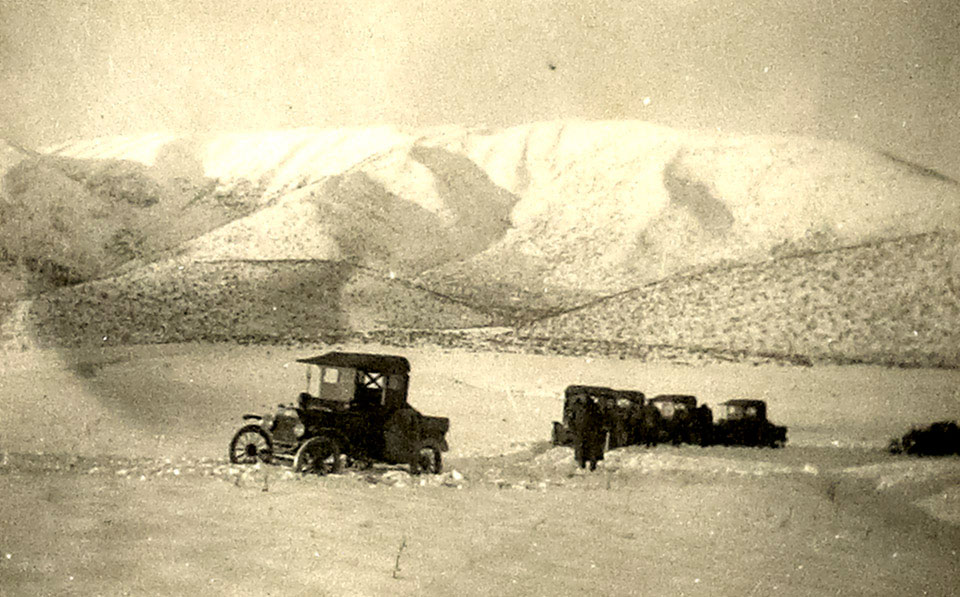 Driving cars, vans and armoured cars they travelled over 300 miles north-east from Baghdad through difficult Persian terrain, over the 7,600 feet Asadabad Pass, down to Hamadan, and then north another 250 miles to Enzeli on the Caspian Sea, where they embarked for Baku by ship.