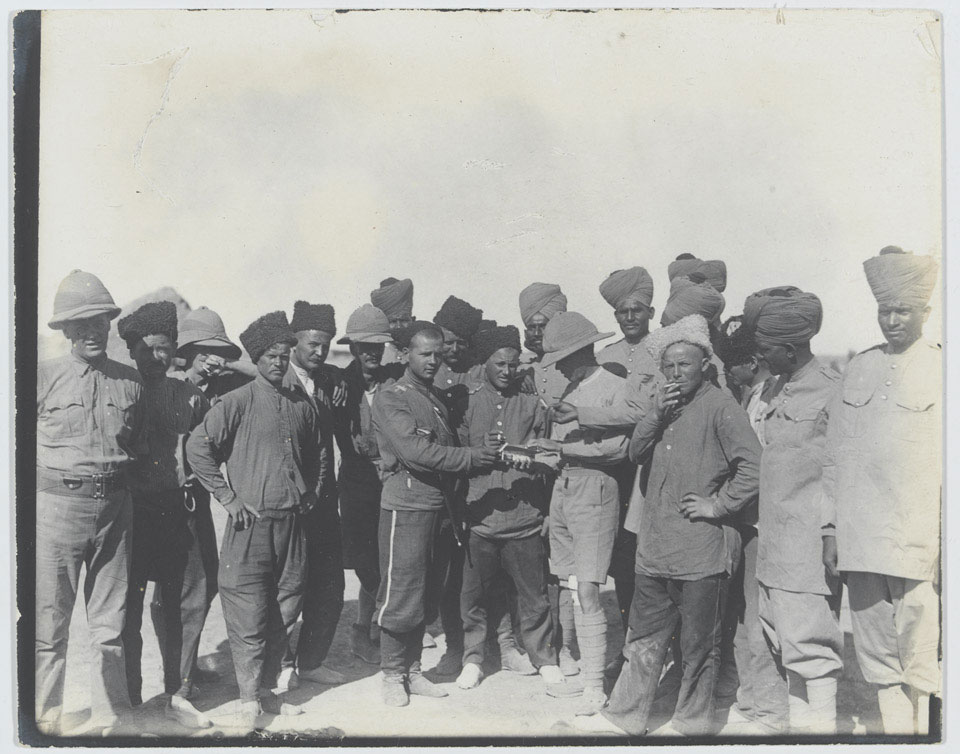 This photograph was taken at Kasr-i-Shirin in Western Persia (known as Qasr-e-Shirin in modern Iran) at a spot where the British and Indian forces from Mesopotamia met up with Russian troops.