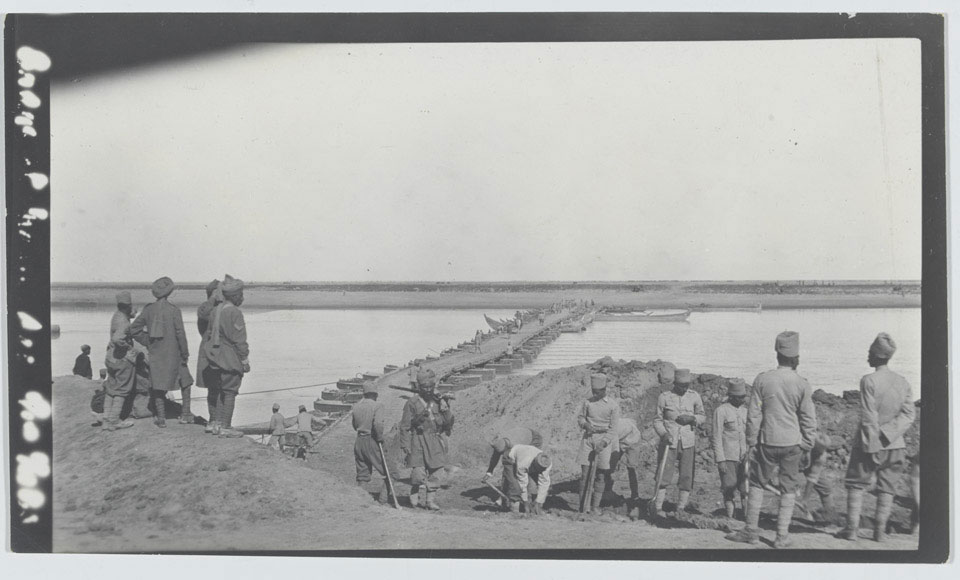 Streams, rivers and canals can be major obstacles to advancing troops and the destruction of existing bridges is a common tactic of armies on the retreat. Pontoon bridges are temporary, often prefabricated, structures, used to bridge waterways and allow forces to continue with the minimum of delay. This example was built by Indian Sappers and Miners during the Battle of Shaik Saad in January 1916. It was later seriously damaged by storms.