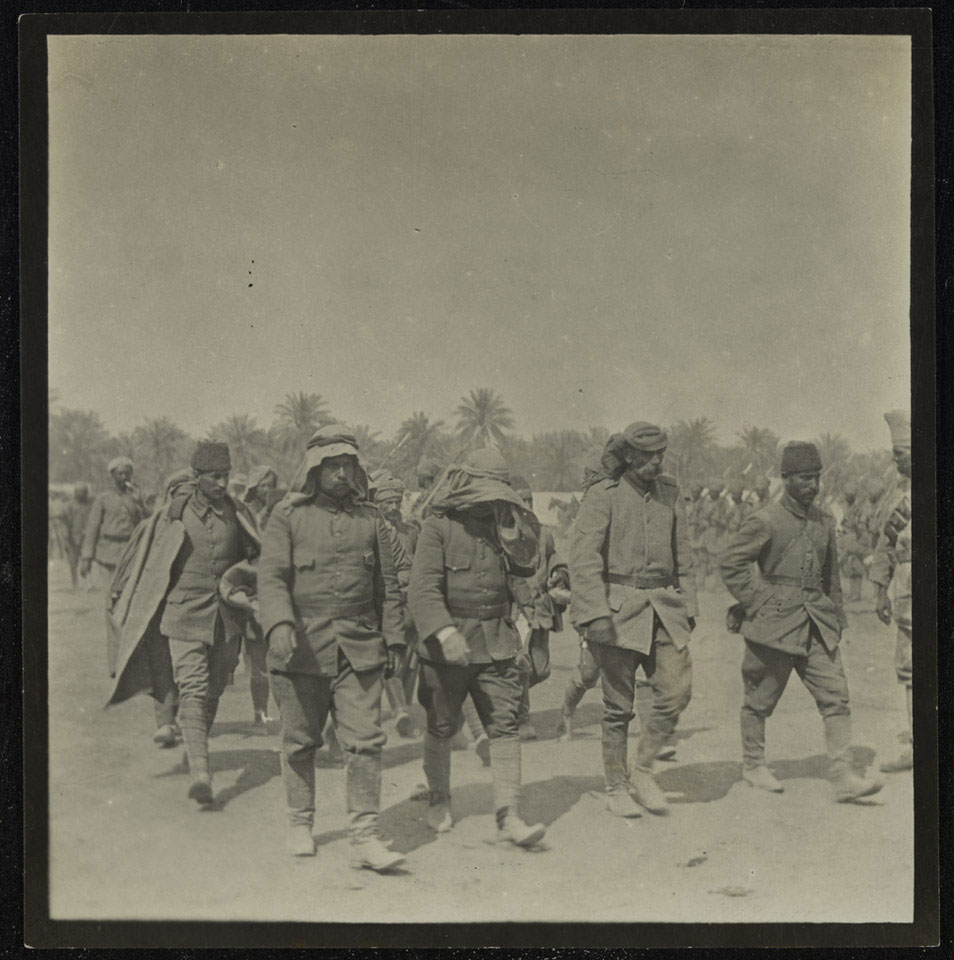 Turkish officers and other ranks captured during the British victory at Shaiba (12-14 April 1915). Major-General Charles Mellis's British-Indian defensive lines thwarted an Ottoman attempt to re-take Basra. As well as Turkish regular soldiers, many of the Ottoman soldiers involved were Arab and Kurd irregulars.

From a collection of 265 photographs compiled by Maj William Leith-Ross, Indian Army Staff, 1915-1917.