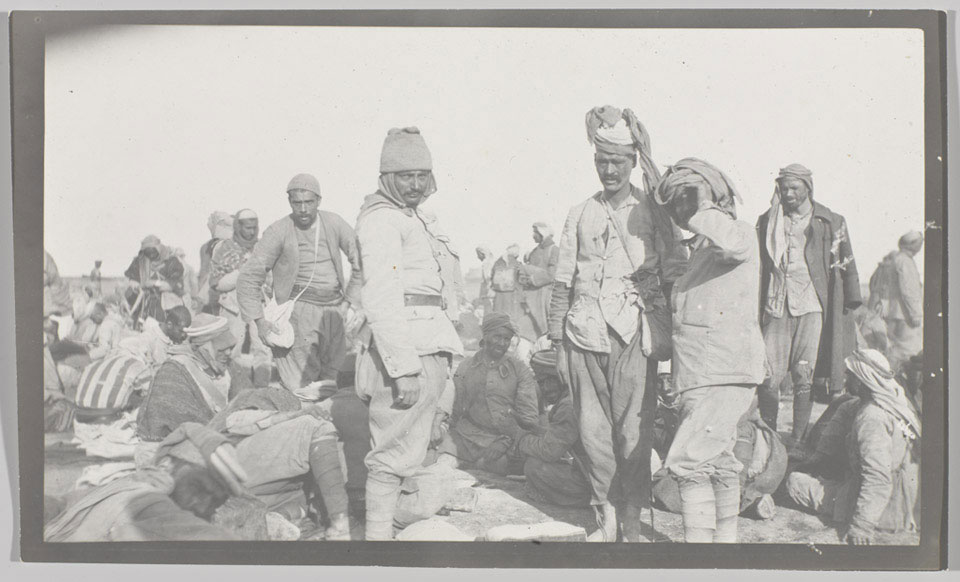 This photograph was taken following the Battle of Shaik Saad (7-9 January 1916), an engagement fought by Lieutenant-General Sir Fenton Aylmer's Tigris Corps during its ill-fated attempt to relieve the besieged British garrison at Kut. Although the British attack was initially repulsed the Turks later withdrew, perhaps overestimating British strength.