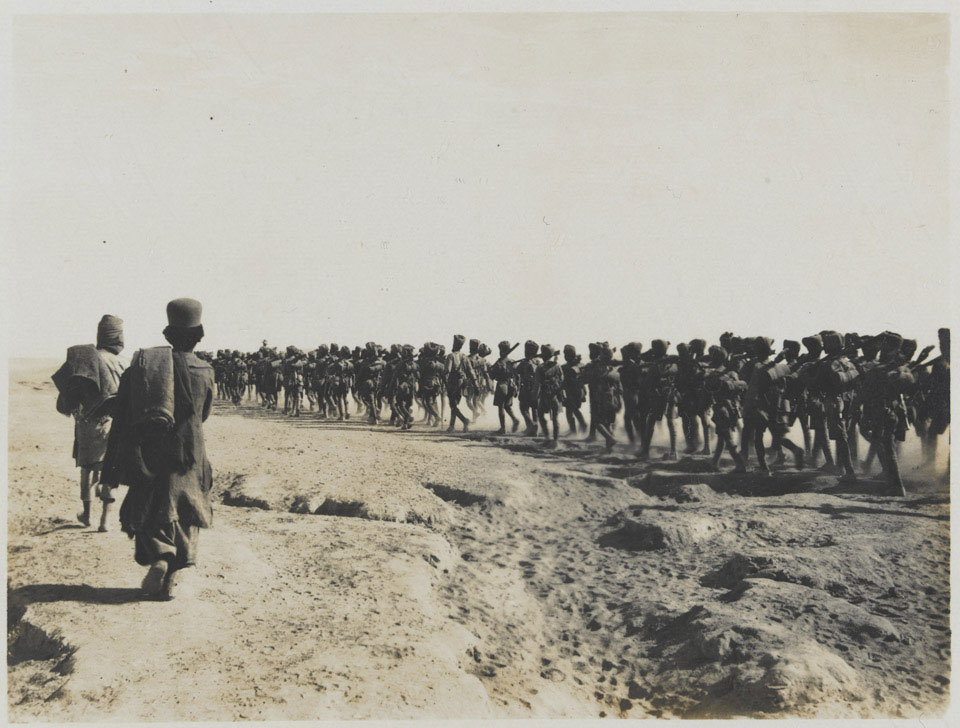 8th Rajputs on the march near Shuster, Mesopotamia, November 1916

The 8th Rajputs were sent to Mesopotamia in July 1916 as reinforcements for the Anglo-Indian army following its defeat at Kut-al-Amara. Over the course of 1916 Lieutenant-General Frederick Stanley Maude carefully built up reserves of men and equipment before going on the offensive against the Turks.