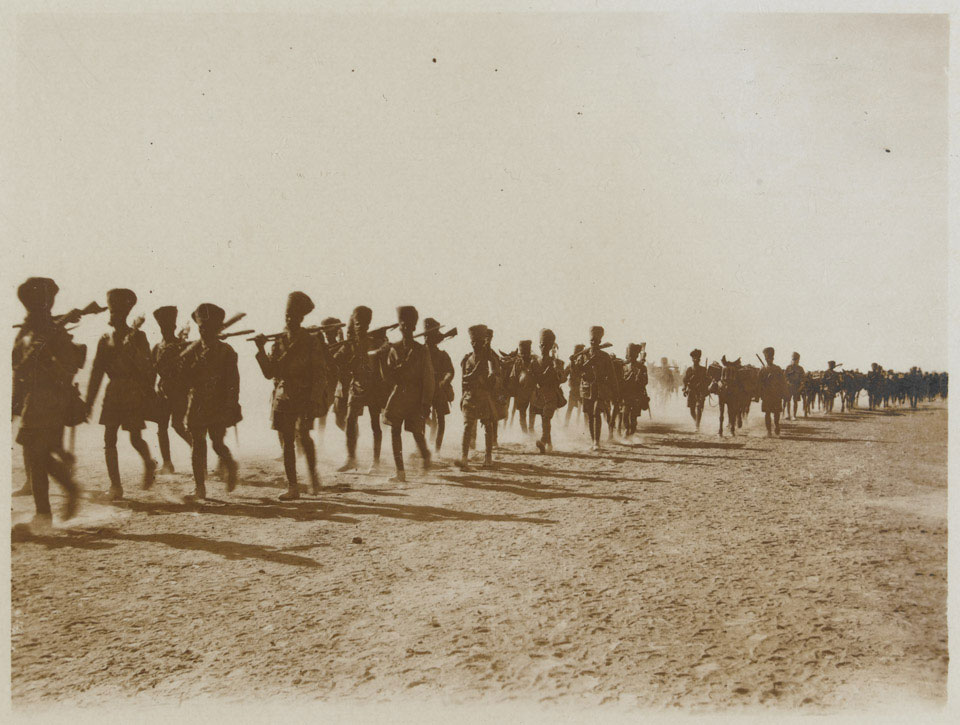 8th Rajputs on the march in Mesopotamia, November 1917

The 8th Rajputs, seen here advancing during operations to the north and east of the recently captured city of Baghdad, were part of a force of over 410,000 men that served in Mesopotamia during the war. The vast majority of the 'British' forces in this campaign were recruited from India.