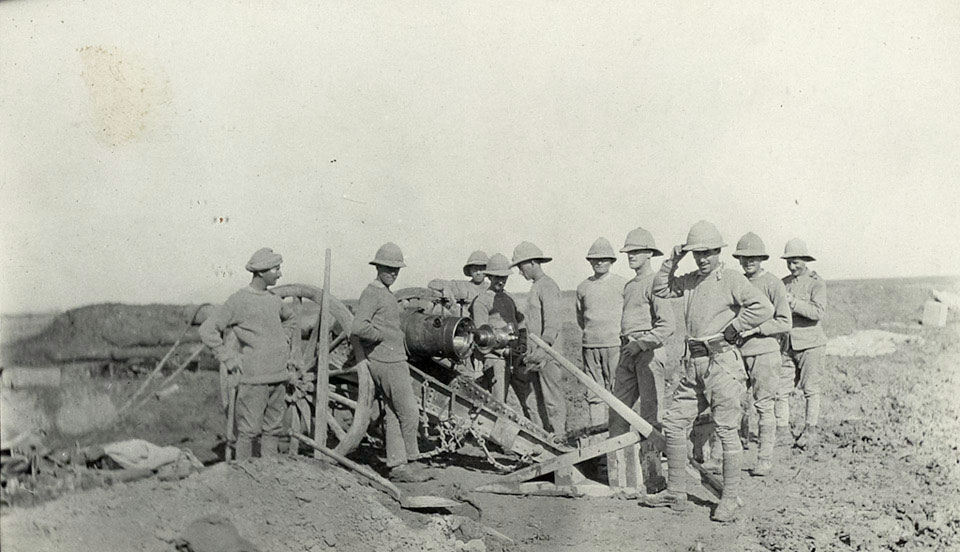 A 60-pounder field gun during the Battle of Hanna, January 1916

The Battle of Hanna (21 January 1916) was one of several British attempts to break through to the besieged force at Kut. The latter had been surrounded since early December 1915. The assault at Hanna floundered on well-prepared Turkish defences with the attackers sustaining over 2,500 casualties.