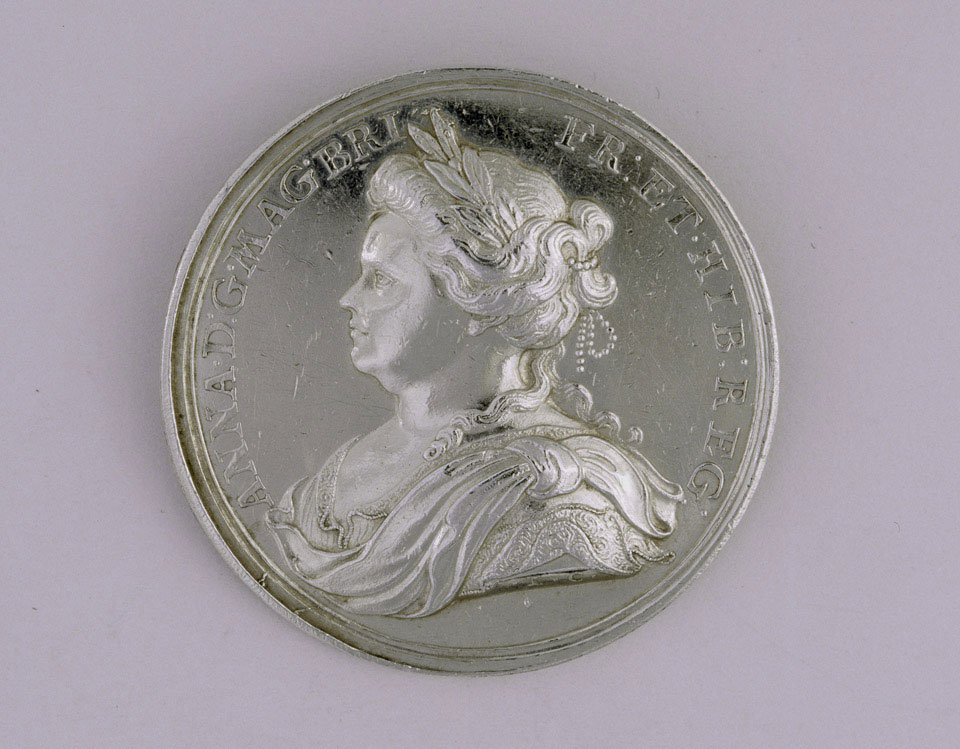 The medal was struck at the public expense for distribution to members of both Houses of Parliament and others. It is inscribed in Latin which reads: 'They honour [peace] by laying aside their arms.'

By the Treaty of Utrecht Britain gained Gibraltar and territory in North America and the Mediterranean. France also recognised the Protestant succession in Britain. Philip V was confirmed as King of Spain, but he was removed from the French line of succession, thereby averting a union of France and Spain. The Austrians gained most of the Spanish territories in Italy and the Netherlands. Most importantly, France's hegemony over Europe was over.