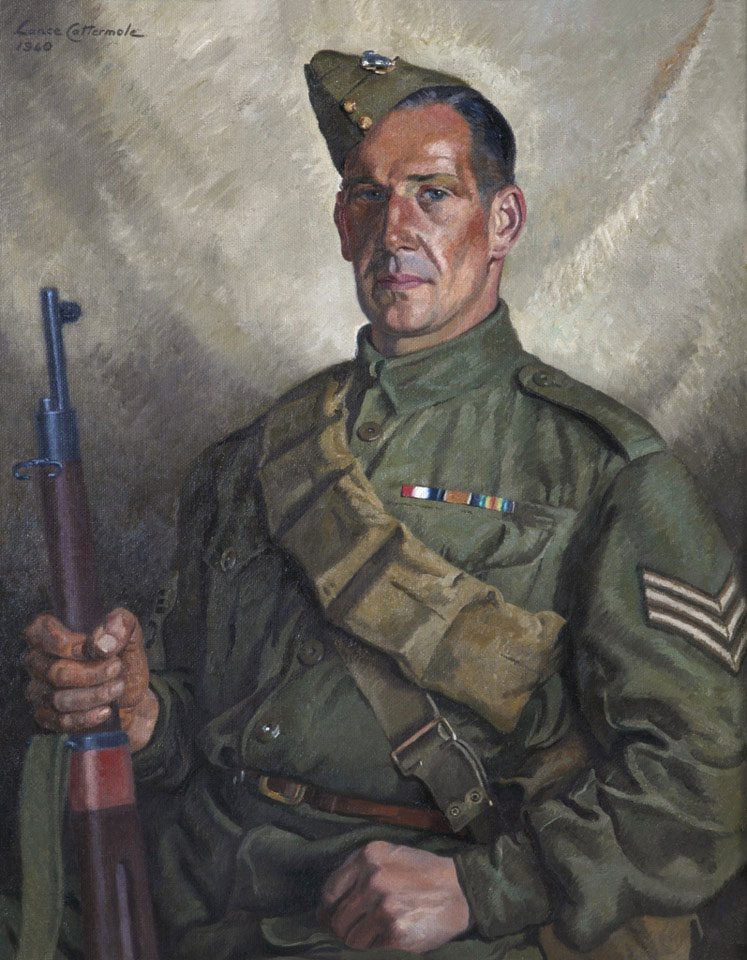 In this portrait, the ribbons of Stanford's First World War (1914-1918) campaign medals can be seen above the left-hand pocket of his battledress jacket. As a young man, he had served as a sniper with the Royal Sussex Regiment. In civilian life he was a fisherman and gardener. Like many men who had served in the earlier conflict, Stanford joined the Home Guard in 1940 during the Second World War (1939-1945), with the rank of platoon sergeant. By 1945 he had become a major, and commanded his own company.

Both sitter and artist were residents of Worthing, the seaside town in Sussex. Cattermole recalled that the painting was completed during a German bombing raid on the nearby RAF Tangmere airfield, which killed many of the women serving there in the Women's Auxiliary Air Force (WAAF).