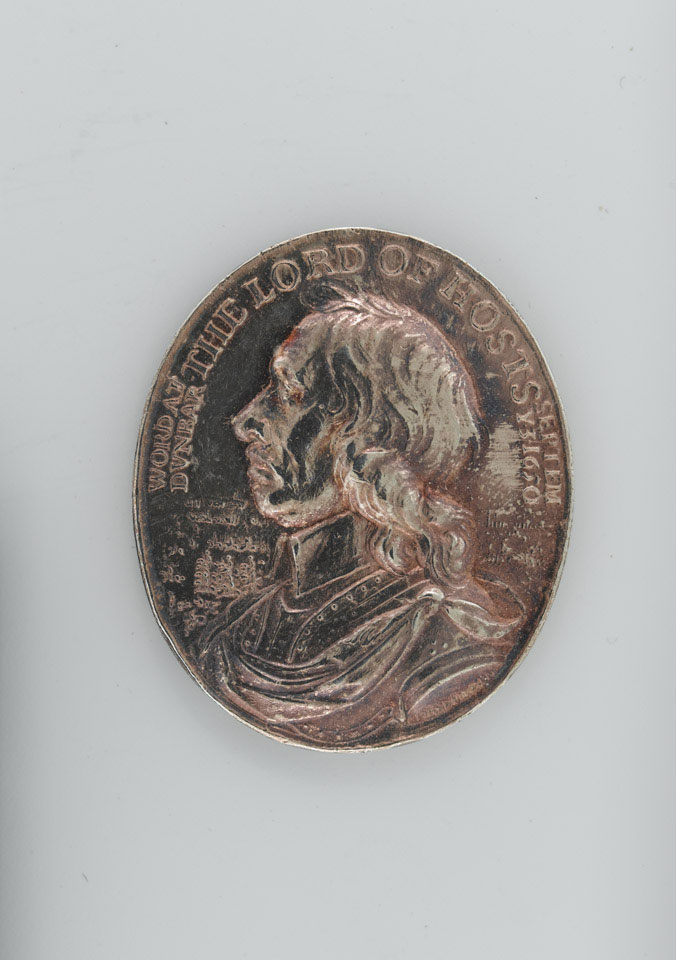 Silver medal commemorating the Parliamentarian victory at the Battle of Dunbar, 1650

The medal bears a portrait bust of Oliver Cromwell and was intended as a reward for those on the victorious Parliamentarian side who took part in the Battle of Dunbar on 3 September 1650. Cromwell's army defeated a Scottish force commanded by David Leslie which was loyal to King Charles II of England, who had been proclaimed King in Scotland on 5 February 1649.