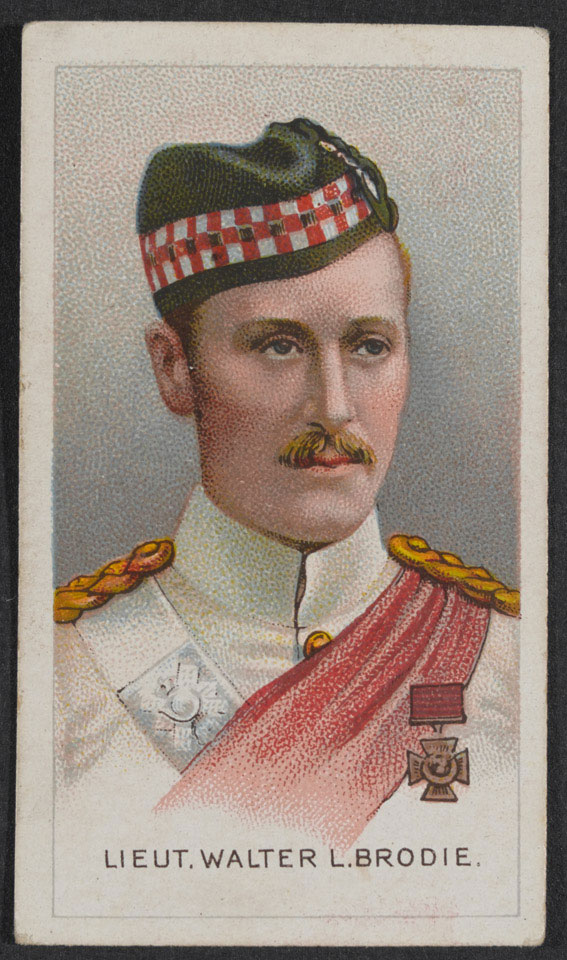 Walter Lorrain Brodie (1885-1918) was serving with 2nd Battalion, The Highland Light Infantry, when he won the Victoria Cross (VC) in Belgium.

The 'London Gazette' of 12 December 1914, recorded that it was awarded 'For conspicuous gallantry near Becelaere on the 11th November, in clearing the enemy out of a portion of our trenches which they had succeeded in occupying. Heading the charge, he bayoneted several of the enemy, and thereby relieved a dangerous situation. As a result of Lieutenant Brodie's promptitude, 80 of the enemy were killed and 51 taken prisoners.'

Brodie later rose to the rank of Lieutenant-Colonel but was killed in action near Moeuvres, France, on 23 August 1918. He was buried at Bienvillers Military Cemetery.