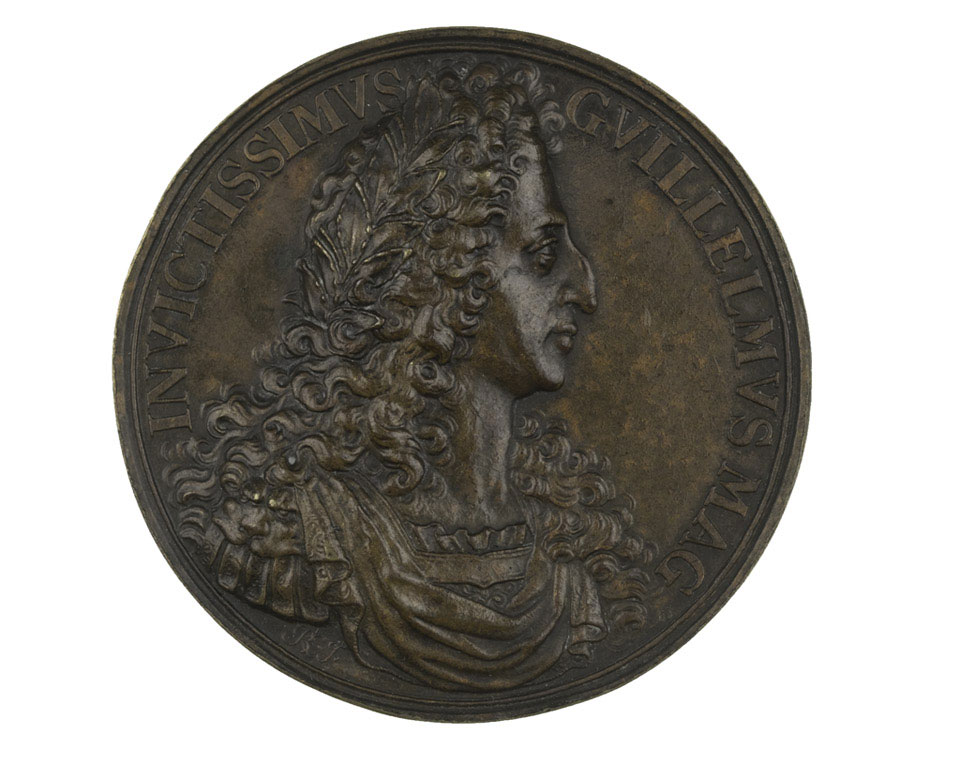 The medal depicts King William III (1689-1702) galloping over his fallen enemies. It is inscribed in Latin which when translated reads, 'In the presence of one hundred thousand enemies repelled. The impregnable city, citadel and castle of Namur stormed, 1 Sept 1695.'

William and his ally the Elector of Brandenberg captured the city after a siege which lasted two months. The Allies lost more than 12000 men, the French around 8000. Namur was one of the bloodiest sieges of the Nine Years War (1688-1697).