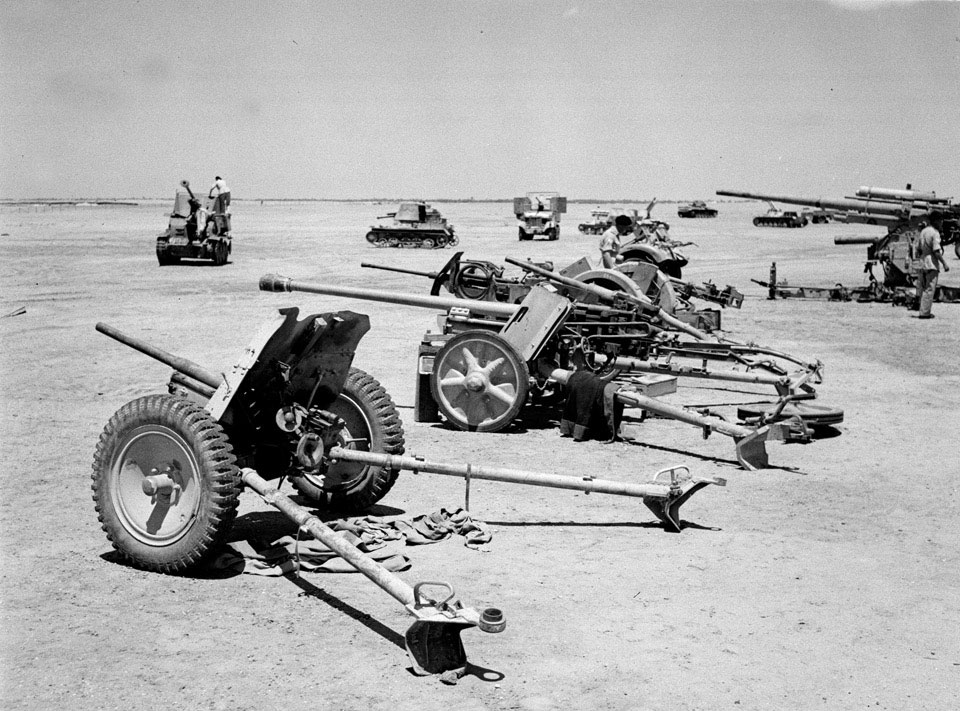 The Germans and Italians used towed and self-propelled guns to good effect in support of their armour in North Africa. The inexperienced 3rd and 4th County of London Yeomanry Regiments suffered heavy losses to their anti-tank guns during Operation CRUSADER in late 1941.

This picture of an artillery park of captured Axis weapons in North Africa includes a 37 mm gun in the foreground with a 50 mm gun behind it. In the background are various self-propelled guns and to the right is the infamous 88 mm gun, the bane of Allied tank crews; designed primarily as an anti-aircraft gun it was used to deadly effect by the Germans as an anti-tank weapon.