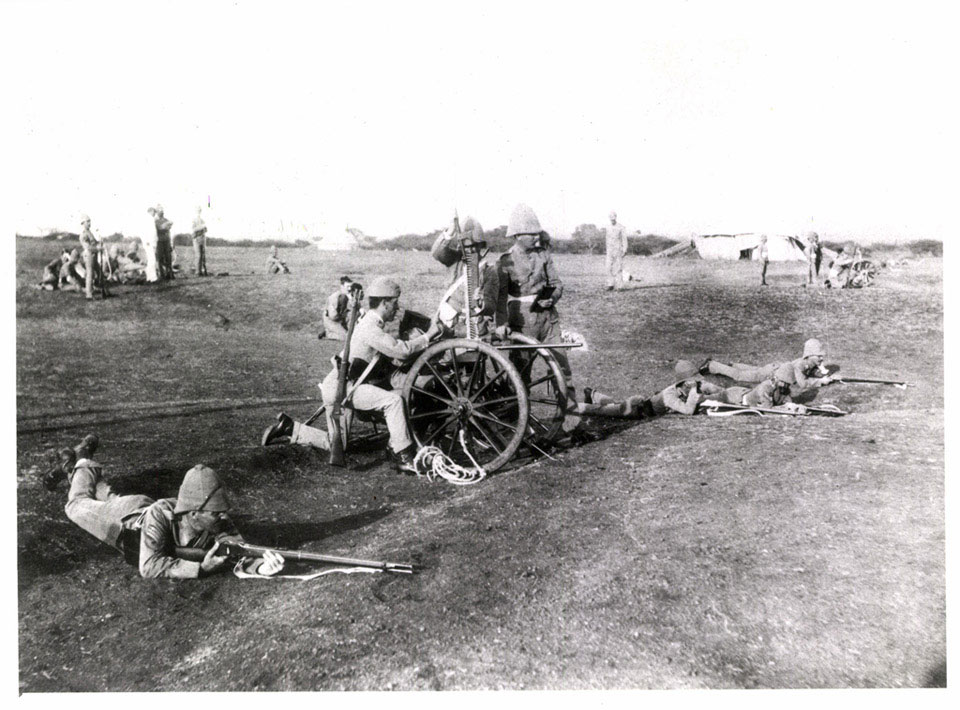 Members of The King's Own Yorkshire Light Infantry training with Gardner Guns, 1890 (c)

The Gardner was an early type of crank-operated machine gun adopted by the British Army in the early 1880s. It first saw action in the Sudan and proved fairly reliable. Like the Gatling gun, the Gardner was replaced in the early 1890s by the Maxim, a weapon that used the recoil energy of fired bullets, rather than a crank, to power its action.