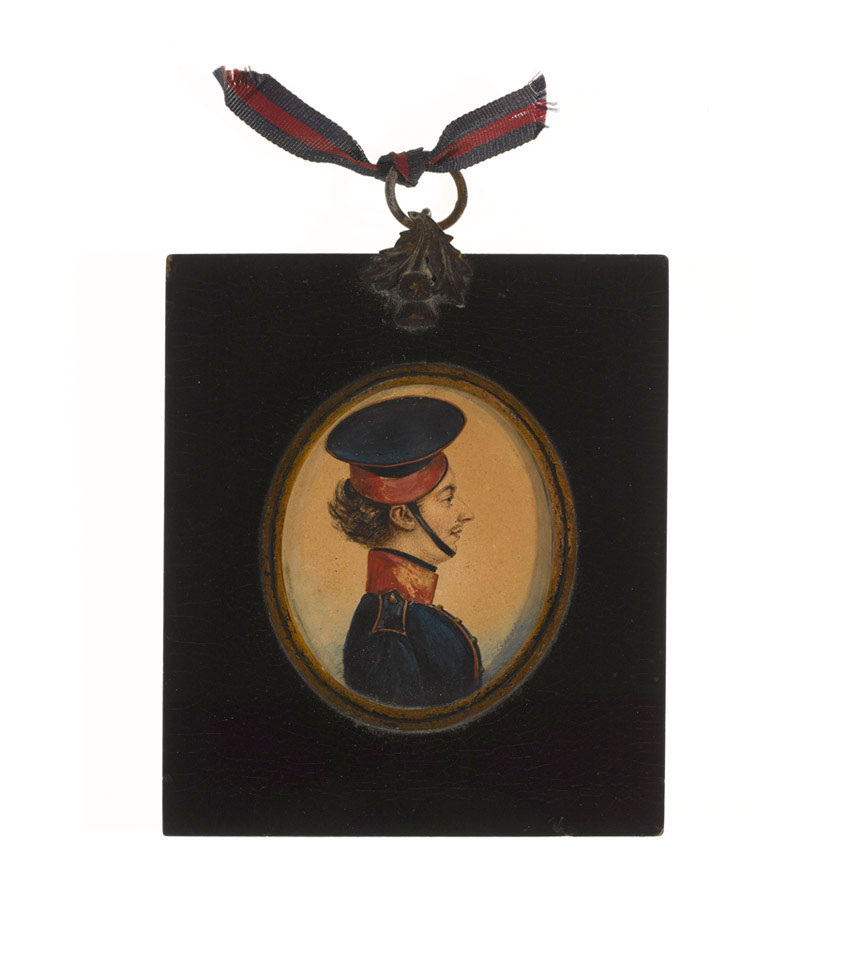 This is most probably a portrait of Henry Longden (1806-1835), who was born in Prestbury near Macclesfield. He enlisted in the Royal Regiment of Horse Guards on 16 June 1828 at the age of 22. This portrait was painted on 16 July 1830, the day after the regiment was on duty at the funeral of King George IV at Windsor Castle.

According to his service record Longden was promoted Sergeant (or Corporal of Horse in the Household Cavalry) on 24 June 1831. He married the following year, but died on 29 April 1835 of consumption (or tuberculosis) in Hyde Park Barracks at the age of 29 years.