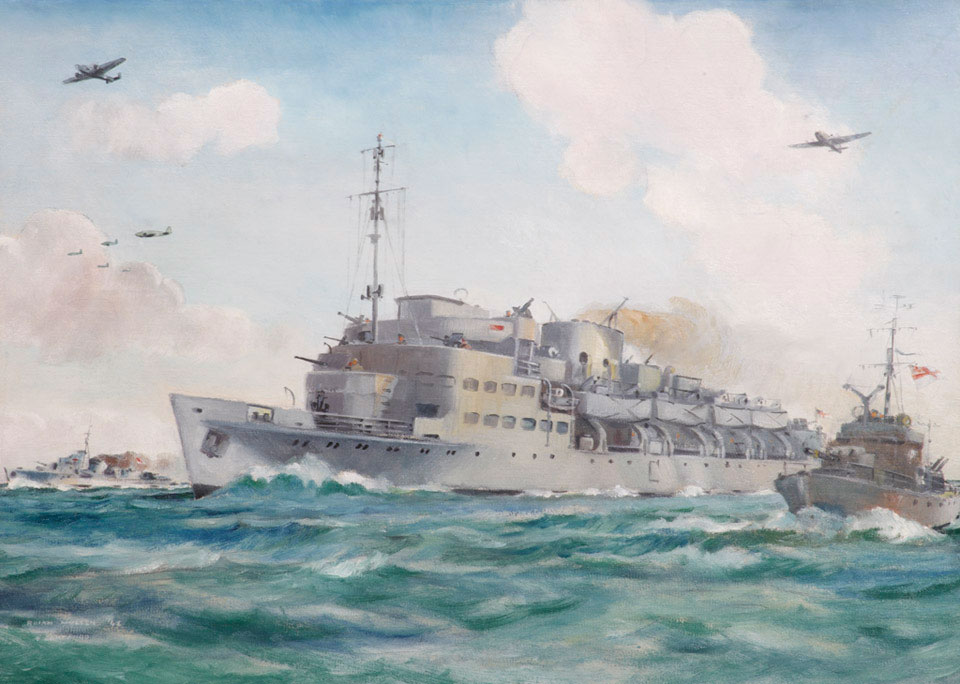 Mullen took part in the Dieppe and Lofoten commando raids and was killed on D-Day, 6 June 1944. He is buried at the Hermanville War Cemetery near Caen.

The Dieppe Raid took place on 19 August 1942. More than 3,600 of the 6000 men who made it ashore were either killed, wounded, or captured. The objective was to seize and hold a major port for a short period and to gather intelligence while assessing the German responses. The operation was a military disaster in terms of casualties and equipment lost.