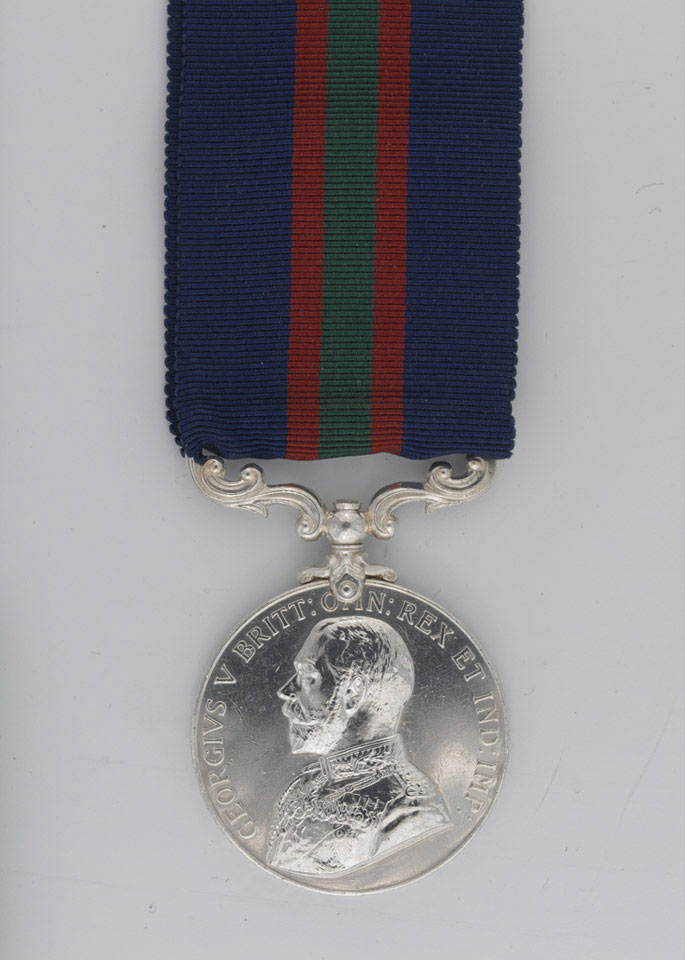 Circular, silver medal with a portrait of King George V and the inscription, 'Georgivs V Rex Britt Omn Rex et Ind Imp', on the obverse. On the reverse, the inscriptions, 'For Distinguished Conduct in the Field' and 'West African Field Force'. The edge of the medal is inscribed with the name, rank and unit of recipient. The ribbon has a central green stripe, flanked by crimson and dark blue stripes.