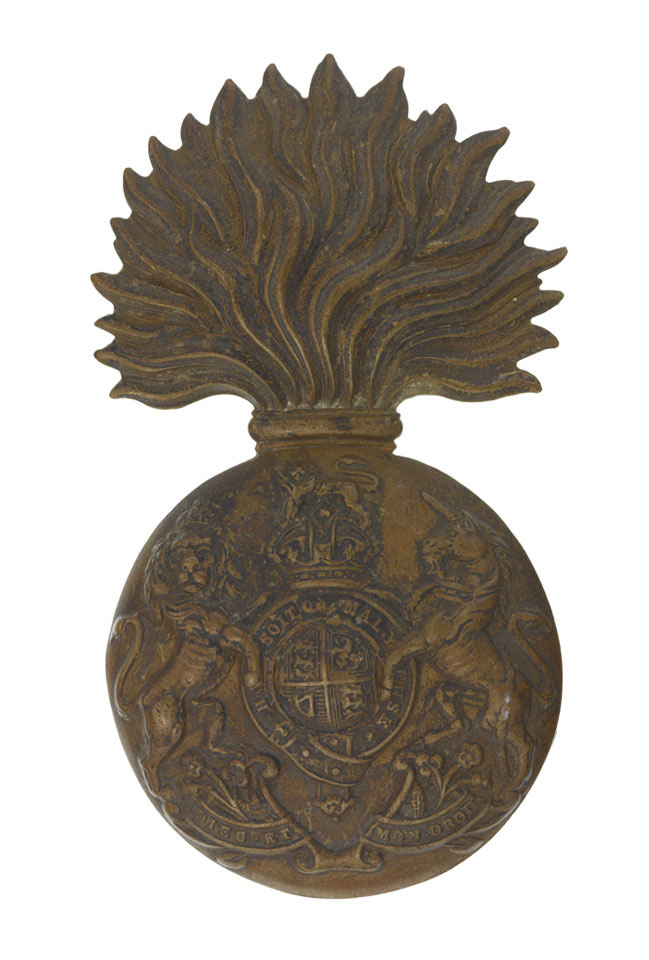 This badge consists of a fused grenade, the symbol of all fusilier regiments, that bears the Royal Arms surmounted by the Royal Crest with Imperial crown. The arms include the Anglo-Norman motto of the Order of the Garter 'Honi Soit Qui Mal Y Pense' (Shame on him who thinks evil of it).