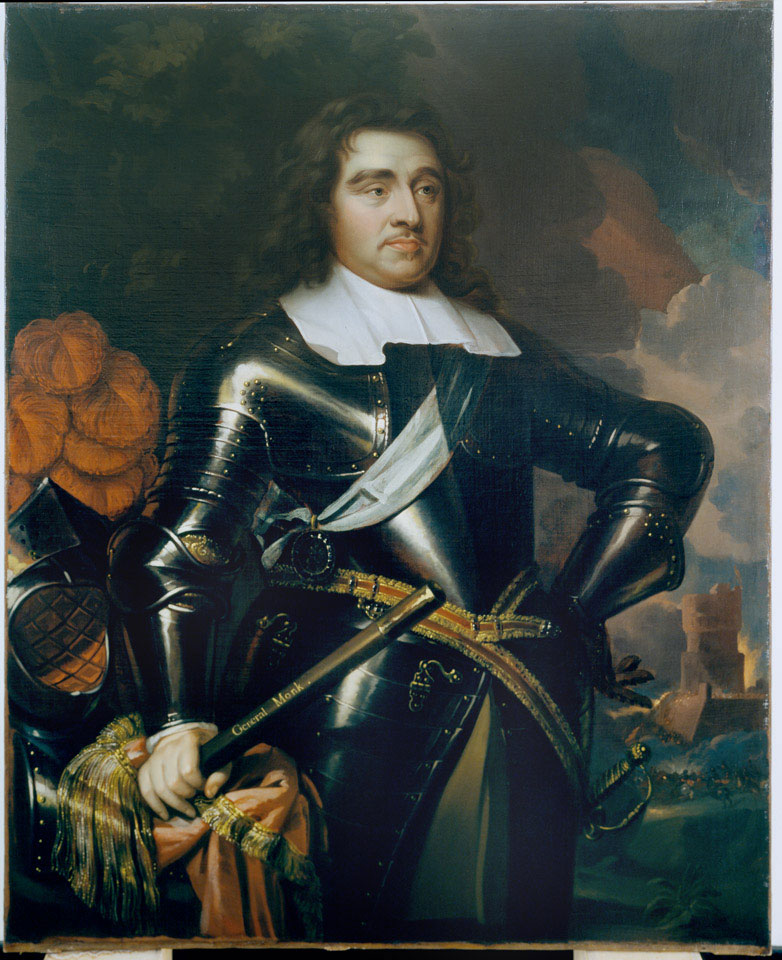 After serving with the Dutch in the 1630s, Monk (1608-1670) fought for King Charles I in Ireland during the Civil War, commanding a regiment of foot. He later served in Ireland and Scotland on behalf of Parliament, eventually becoming Commander-in-Chief of the Parliamentary Army in Scotland.

When Oliver Cromwell, the Lord Protector, died in 1658, Monk was considered as a possible successor. Although he refused to accept supreme power, Monk retained control of the Army which he had brought south to London, and was thus able to use his influence for the restoration of the Stuart monarchy in 1660. After the Restoration, Charles II raised Monk to the peerage as Duke of Albemarle, and he became Captain General of the King's forces, confirmed by a patent for life.

A contemporary described Monk as 'a very comely personage, his countenance very manly and majestic, the whole fabric of his body very strong'. A man of great energy, he rose early in the morning and, although he had little education and spelt badly, he always accomplished much. As a commander, he was noted for his understanding of the art of war and for his care of his men.

In this painting he is wearing the sash and the Lesser George (sash badge) of the Order of the Garter, and holds a baton, a symbol of military authority.