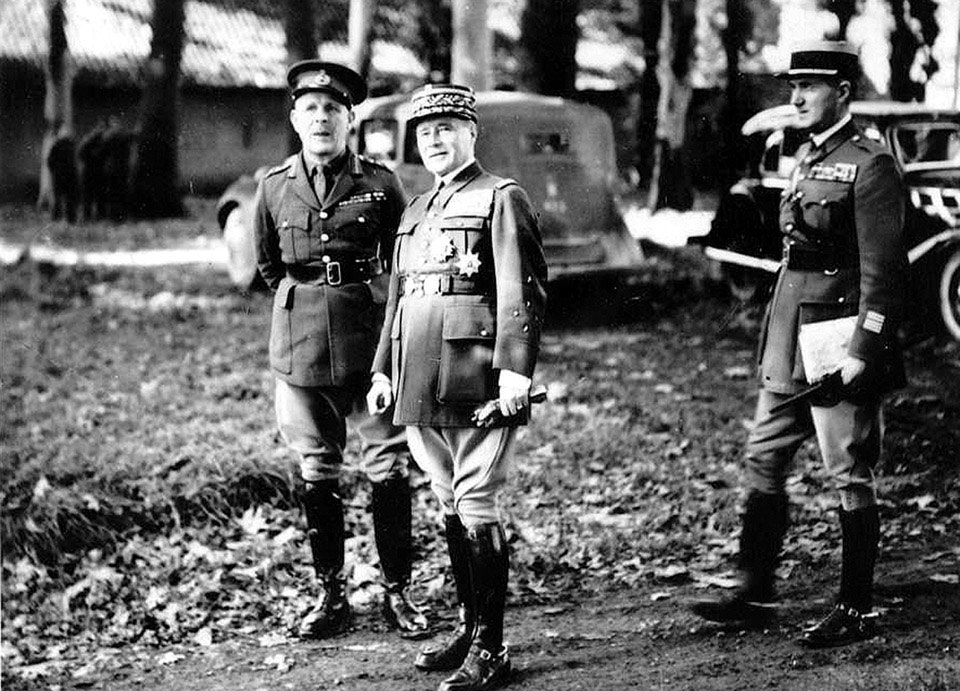 Gamelin was French commander-in-chief. Gort commanded the British Expeditionary Force that began arriving in France in September 1939. It eventually consisted of ten divisions.

From a collection of 85 photographs, including those of British Army Staff, Royal Artillery, Italian Army, German Army, 1896-1940.