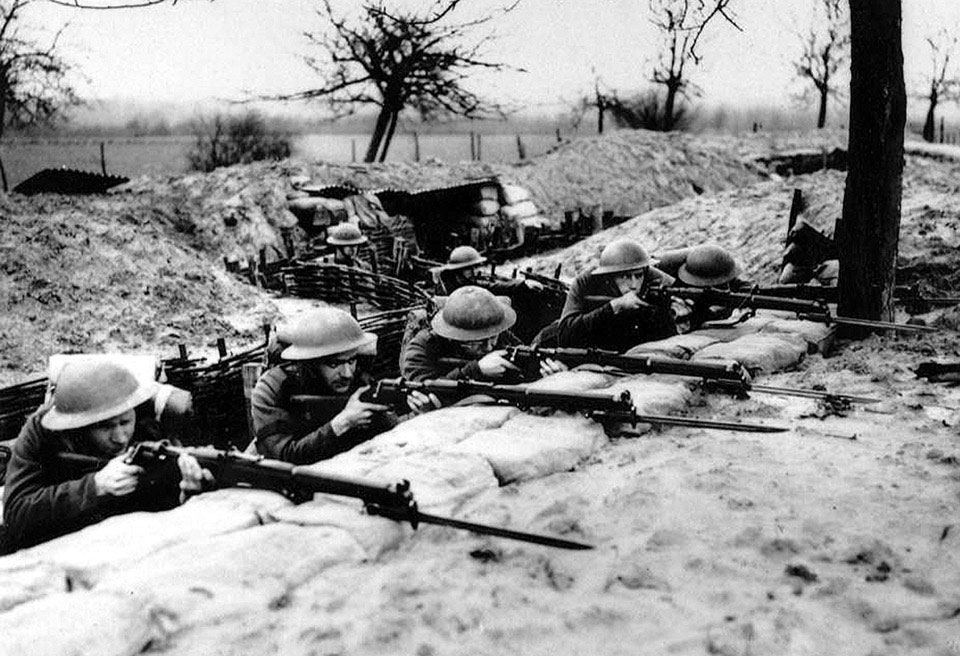 British troops in the trenches with fixed bayonets, France, 1939 (c)

The British Expeditionary Force (BEF) began arriving in France on 9 September 1939. It spent the next seven months training through a bitter winter in readiness for action. By May 1940 it had been built up to 394,000 men. This consisted of five regular and five Territorial divisions stationed on the Belgian frontier. Confident in the strength of the Maginot Line, a series of strong forts guarding the German frontier, the British and French were happy to remain on the defensive. Apart from a very limited advance in the Saar area, the Allies put their faith in a policy of economic blockade rather than direct military assistance to Poland. This period was later nicknamed 'the phoney war'.