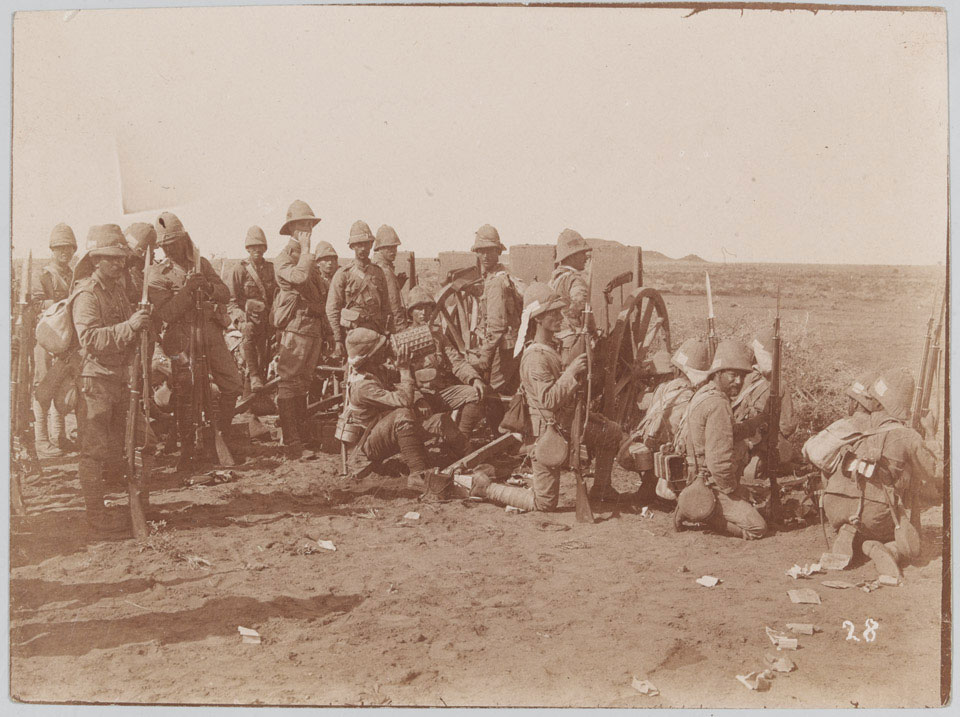 Members of the 1st Battalion, The Lincolnshire Regiment, man a makeshift line prior to the deciding battle of the 2nd Sudan War (1896-1899). Omdurman was situated just north of Khartoum and marked the culmination of Major-General Sir Horatio Herbert (later Field Marshal, 1st Earl) Kitchener's re-conquest of the Sudan. Kitchener commanded a force of 8,000 British regulars and a mixed force of 17,000 Sudanese and Egyptian soldiers. Armed with modern rifles, Maxim guns and artillery they easily defeated the 50,000 strong Dervish army of Abdullahi ibn Muhammed (The Khalifa). Kitchener's force lost 48 men with 382 wounded as opposed to the 10,000 dead and 13,000 wounded of the Dervishes.

From a collection of 18 photographs relating to the Lincolnshire Regiment and the Sudanese Army, 1896-1898.