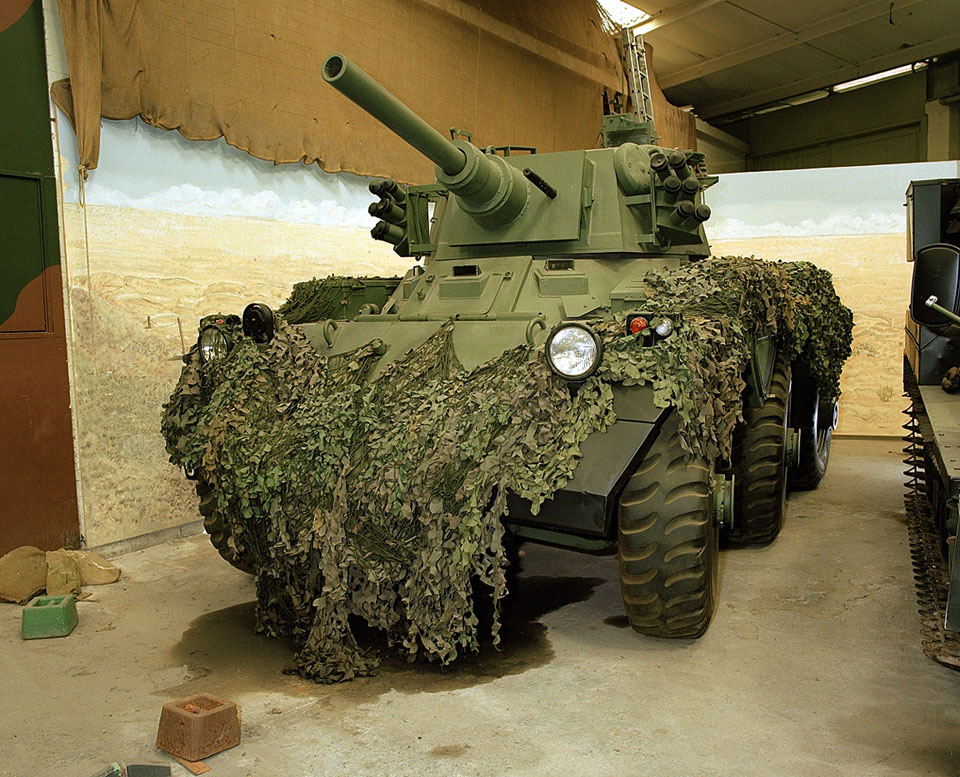 This armoured car was manufactured under contract in September 1958 and during its service life (1959-1974) was used by the Royal Tank Regiment, the 9th/12th Royal Lancers (Prince of Wales's), the Queen's Dragoon Guards, the Royal Army Corps Training Regiment and 34 Central Workshops, Royal Electrical and Mechanical Engineers.

The Saladin was developed for use with infantry and armoured formations for reconnaissance and pursuit purposes and was normally operated by a crew of three. The vehicle possessed a high degree of cross country mobility (averaging 32 km/h) and had an adequate road performance (averaging 48 km/h) with a maximum of 73 km/h.

The hull and turret are of welded armour plate construction. The vehicle could be waded to a depth of three and a half feet with no preparation. Armament consisted of a 76 mm L5A1 quick-firing gun and two machine guns. Stowage for 43 rounds of ammunition was provided in the hull. The Saladin was also fitted with periscopes for closed-down scanning.