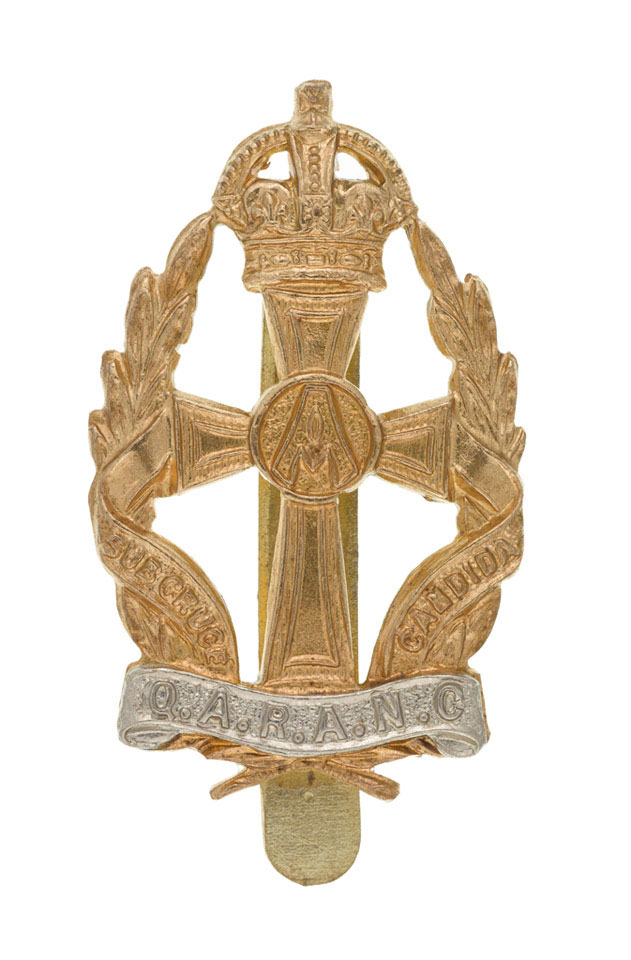 Gilt metal badge with the Cross of the Order of Dannebrog surmounted by crown, flanked by laurel sprays, with scrolls bearing the motto, 'Sub cruce candida' (Under the White Cross), and initials, 'QARANC', of the Queen Alexandra's Royal Army Nursing Corps.

The Queen Alexandra's Imperial Military Nursing Service (QAIMNS) was established in March 1902 and named after Queen Alexandra. Alexandra was a Danish princess hence the choice of Cross of the Order of Dannebrog for the insignia of the unit.

Alexandra became the first President of the QAIMNS until her death in 1925, when Queen Mary succeeded to that office. The new force replaced the Army Nursing Service, which had been established in 1881. In 1949 it was renamed Queen Alexandra's Royal Army Nursing Corps.