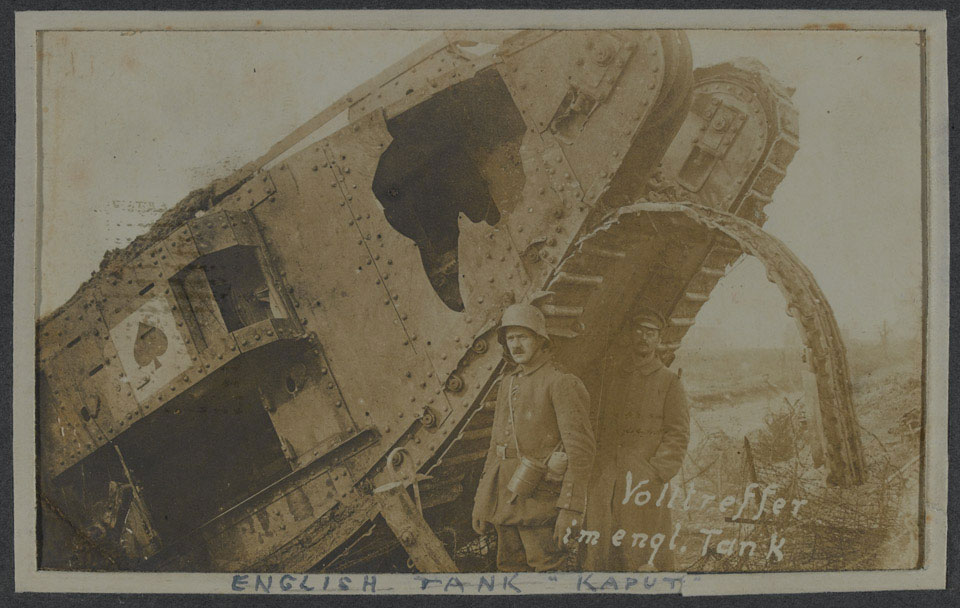 German soldiers pose next to a knocked-out British tank at Cambrai. The ace of spades motif painted on its side was the symbol of the 12th (Eastern) Division.