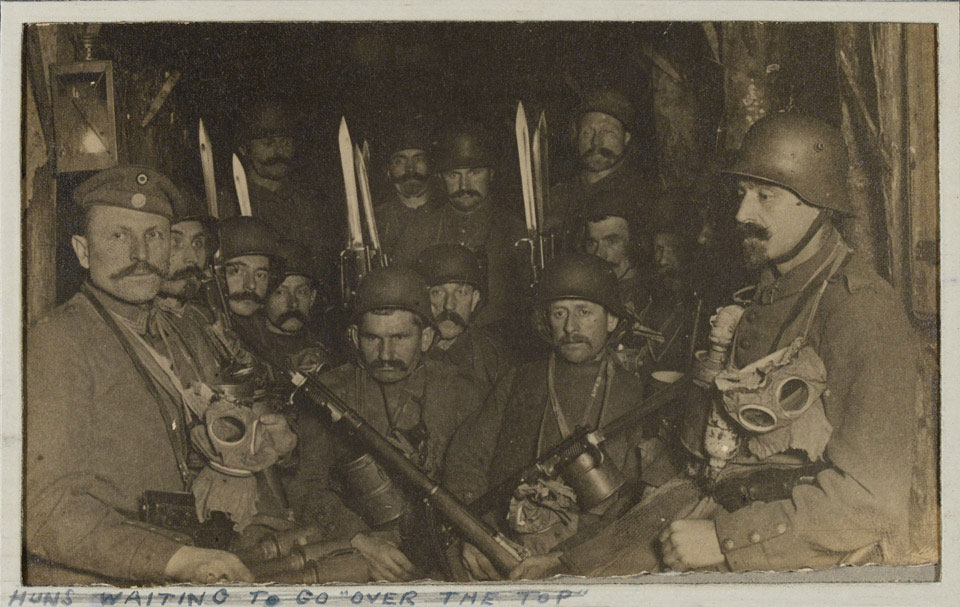 German storm-troopers 'waiting to go over the top', 1918

Using infiltration tactics the German storm troopers would by-pass pockets of Allied resistance and break through their trench system, leaving the following waves of troops to 'mop up' any resistance. They did this with great success during Operation Michael, the German Spring Offensive of 1918.

From an album of 105 photographs relating to the German Army.